The Theatre Royal, in Bury St Edmunds, is delighted to be presenting another popular An Evening With… events, on Sunday, March 18.

This time Dame Janet Suzman will be talking to Libby Purves and there is also an special opportunity to attend a reception with Dame Janet after the show, all as a fundraiser for the theatre.

Dame Janet Suzman, DBE is one of Britain’s most distinguished actors. South African born, she started her long career with the Wars of the Roses for the Royal Shakespeare Company, culminating with a memorable Cleopatra in 1973. Her fascination with that play later led her to direct Kim Cattrall in the same part in 2012. Her first film, Nicholas and Alexandra (1972) earned Academy Award and Golden Globe nominations for Best Actress. She has starred in a wide range of classical and modern drama and twice won The Evening Standard Best Actress Award. She has also directed plays both in Britain and South Africa. 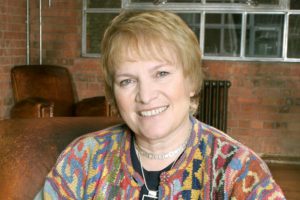 Libby Purves, pictured above, was the first female presenter on Radio 4 from 1978-1981. Radio presenter, journalist and author, Libby started work as a BBC technical trainee. As well as being a Radio 4 presenter she is a writer and columnist for The Times, as well as other magazines. She was chief theatre critic at The Times from 2010 – 2013 and is an independent online theatre reviewer at www.theatrecat.com. Libby has written 12 novels and her various non-fiction books include How Not To Be A Good Mother and Nature’s Masterpiece.