The Association of Suffolk Golf Captains held their 2018 Spring Meeting and AGM at Brett Vale Golf Club on Wednesday May 2nd. Sadly it was another wet day sandwiched between a warm and sunny day before and a warm and sunny day after. The association members going out first had the worst of the weather which improved later in the day. Those having a later start times benefited as reflected in the winning scores. The pretty course at Brett Vale was in excellent condition and a pleasure to play. The Nigel Parker Trophy, an individual stableford competition, was won with a superb 39 points from past Felixstowe Ferry Captain Brian Kemp playing off a 12 handicap. Brian was a clear winner by 3 points from Michael Coventry from Halesworth Golf Club with 36 points.  Third place went to home past Captain Brett Vales Garry Clark with 35 points. 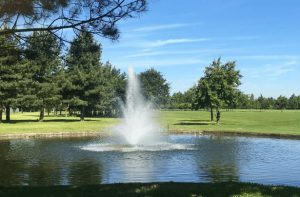 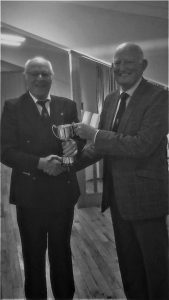 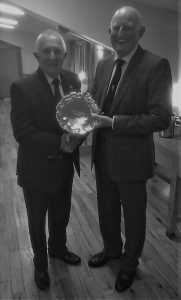 The Past Presidents cup went to Les Turner from Haverhill Golf Club on count back from Felixstowe Ferry’s Chris Pearson. 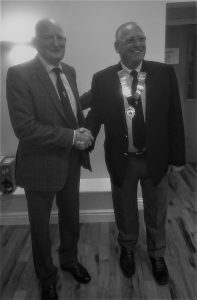 The Association of Suffolk Golf Captains comprises of both past and current Captains from most of the Suffolk Clubs. There are also nine associate members who are past Captains from clubs in other counties who now reside in Suffolk.

During the playing year there are seven matches and two main meetings. The matches are against the Cambridge Captains, Essex Captains, East Anglian Farmers, Hertfordshire Captains, Norfolk Captains, Suffolk Lady Captains and the East Anglian branch of the Secretary’s Association.

If you are a Captain or past Captain and would like to join the Association please contact Secretary Paddy Lockwood by email suffolkgolfcaptains@gmail.com

Go to the website at www.suffolkgolfcaptains.co.uk or download the APP via Google Play or the App Store at this link http://wsu.ma/golfcaptains