Crews from across Suffolk and Norfolk attended a large fire inside an industrial unit on Wimbledon Avenue in Brandon next to Abels on Saturday evening.

Appliances from Brandon, Dereham, Methwold, Thetford, Ipswich East, Bury St Edmunds and Mildenhall were mobilised to the incident which was first reported just after 4.30pm. 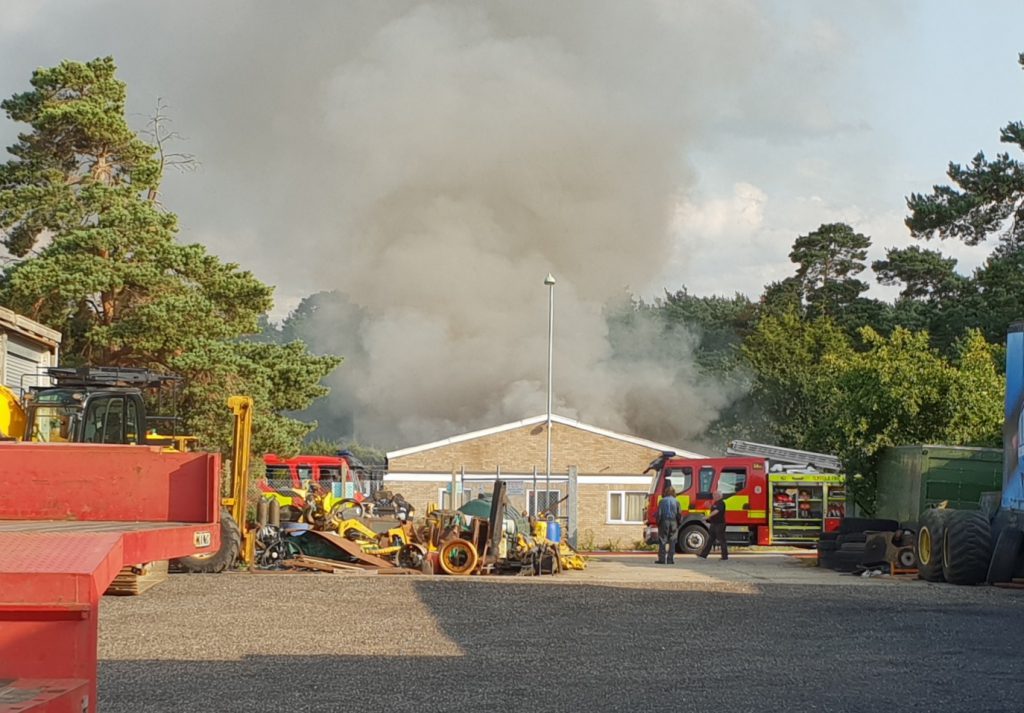 Police and the ambulance service were also on scene.

A spokesperson for Suffolk Fire and Rescue Service said: “At 16:37 Fire Control received a call to a car fire at this location. One appliance was mobilised.

“Fire Control subsequently received further information from the ambulance service stating the car was inside a warehouse therefore a second pump was mobilised. Crews arrived on scene to find a single storey commercial garage with a fully developed fire in the workshop. They commenced work with one jet and requested further appliances to assist in fighting the fire. Appliances were also mobilised from Norfolk Fire Service to assist.

“At this stage it was unknown as to whether there were persons inside the building. At 17:02 crews requested the aerial ladder platform. At 17:43 crews advised Fire Control the building was now 100% involved in fire. The incident was sectorised. All persons were now accounted for. Four firefighters wearing breathing apparatus were fighting the fire using two hosereels and two jets. 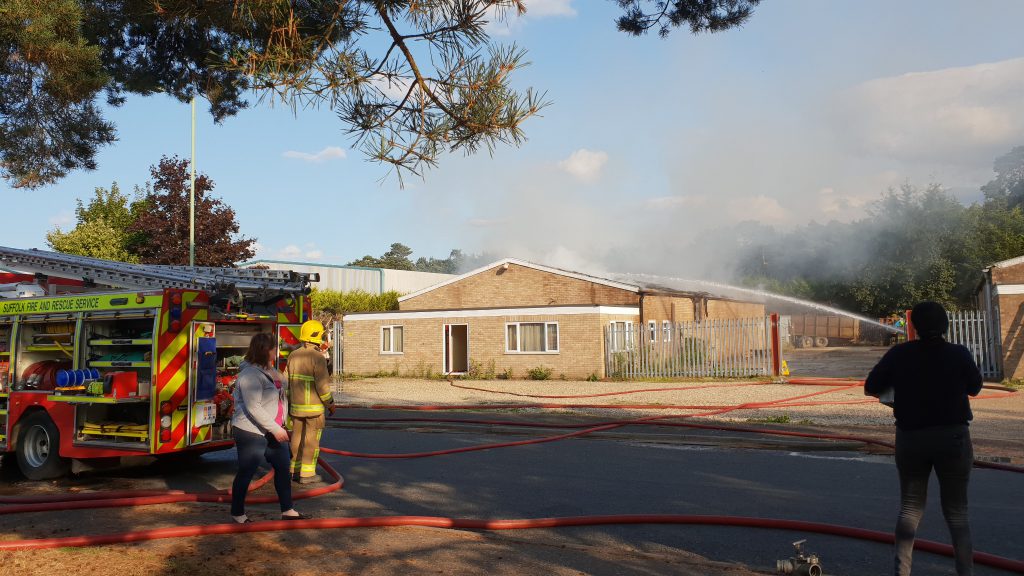 “Further appliances were requested for assistance. At 17:56 one male was transferred to hospital with smoke inhalation and burns to his arms. The aerial ladder platform assessed the building from above for hot spots. Norfolk appliances left the incident at 19:18.

“At 20:42 the incident was brought under control using two hosereels and two jets. Two thermal imaging cameras were used to check for hotspots. The incident will be reinspected tomorrow morning by crews from Brandon.”