Skip to content
We asked the question last Thursday: “Is it time to ban private purchase of fireworks and allowing only licensed/regulated public events on November 5, Hallowe’en, New Year’s Day  and pre-registered dates … or are we becoming Snow Flakes”?

And you’ve responded already with some poignant and heartfelt comments.

The majority of public opinion is, we are told, that if you have fireworks only on the specified dates that it allows pet owners the opportunity of protecting their animals.

Should we be protecting the animals? YES

Should we care about other people? YES

Should we just raise the issue in November? NO

Can we do anything about it?  ……..we could try couldn’t we? Or are we just killjoys?

Jill Barker, from Rattlesden, contacted news@suffolkvillage.info, too say: “Every year many horses die as a result of fireworks from heart failure, stress related colic and injuries caused by panic. I cannot understand how so called animal lovers think the pleasure gained outweighs the hell animals are put through.

“Why do they need to be so loud? Even children dislike the horrendous noise. It is actually illegal to set them off near to where animals are kept but that law seems to have been conveniently overlooked. I’m always branded a killjoy just because I really care about animals. Certainly silent fireworks would be a step in the right direction.

Gill Griffiths, from Thurston, said: “This ridiculous yearly ‘tradition’ has gone from a kids enjoyment of a few bangers, sparklers, etc to sounding like a war zone. The damage to wildlife is catastrophic. They abort their young in sheer terror. They wake from hibernation in total stress. And many pets are absolutely traumatised as two of my dogs are.
“I had a horse years ago bolt and get impaled on a fence. To watch my beloved dogs rescued from a terrible life, tremble and hide is heartbreaking knowing there’s nothing I can do to help them.
“The aftermath last days until they finally calm down. If these dreadful things cannot be banned they should be restricted to certain nights only and then we animal lovers can try our best to get through the noise. As it is I’m on tenterhooks for weeks not knowing when this dreadful ‘celebration’ is going to begin. And it’s not just this time of year. It seems any excuse is needed to light up the sky.”
Angela added: “I think there should be some regulation and not a total ban, there should be a process that everyone follows when they intend to let off their own fire works and out of courtesy give neighbours notice of the intension to let off fireworks, giving enough time to make their own preparations for pets and wildlife checks, if done respectfully and carefully with  no immediate dangers identified I don’t see why there should be a total ban.”
Pictured below is the annual Bonfire and Firework display where a large crowd enjoyed a great event well organised and controlled so professionally by the volunteers 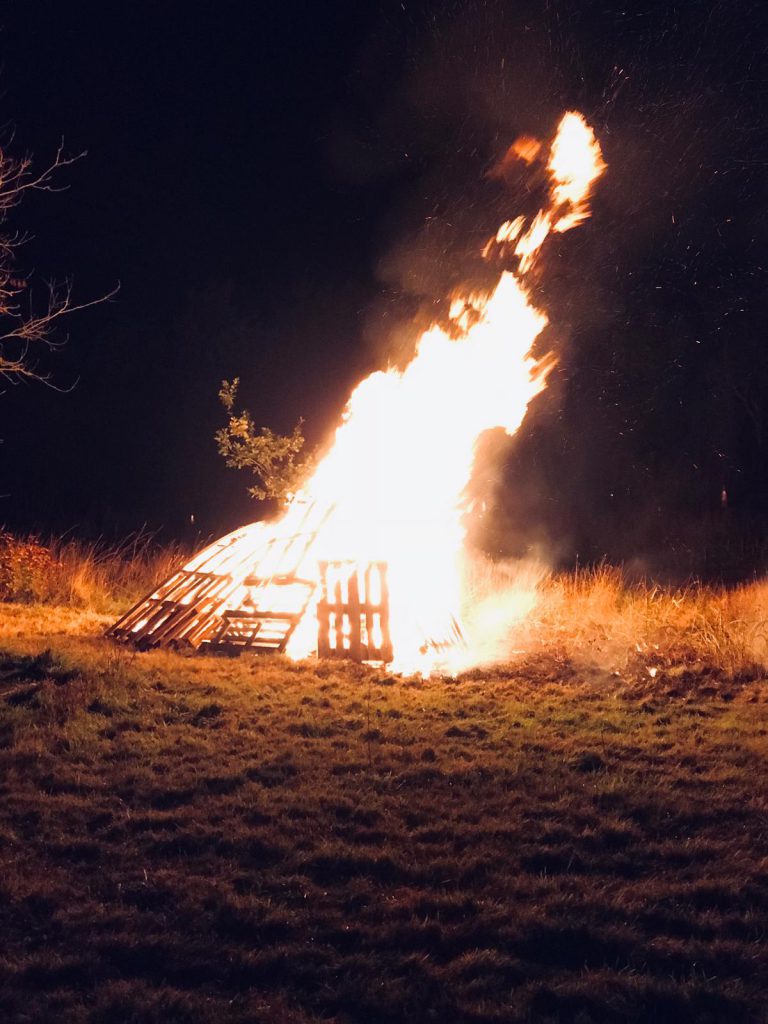 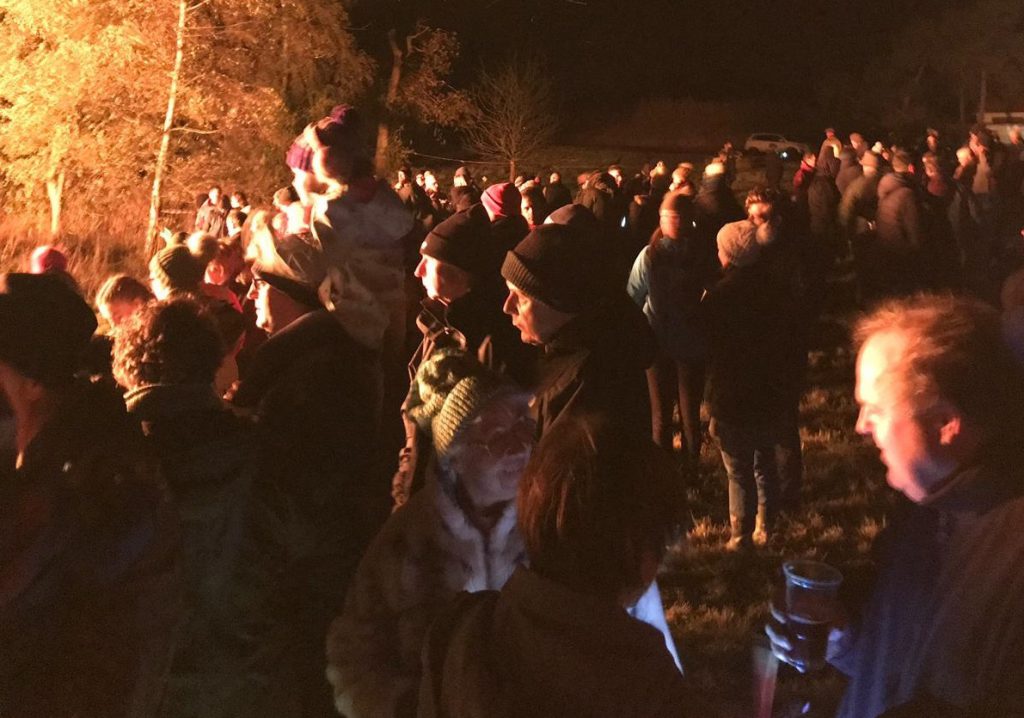 And some of the comments from social media said:

“I totally agree with you and it’s not even November the 5th yet. They should not sell fireworks until November 5th only then it will give all pet owners a chance to keep their pets indoors as my cats are out at the moment, so I worry. Or best thing don’t sell them at all.” – Sharon from Beyton.

“I can’t believe sale of fireworks to the general public hasn’t been outlawed by now. There are dozens of official (and better planned and resourced I’m sure) firework displays around. I’m hoping to go to the Rattlesden one.” – Lyn from Drinkstone.

“No. Give a select date of when people can let them off, you can’t tell people what they can and can’t do in their garden . Most people don’t bother anyhow but if someone wants to up to them.” – Robert Foss from Badwell Ash.

“This is a subject that people feel passionate about.” – Lesley Reed from Elmswell.

“If we had a reflective set of MP’s, all parties together, then they could legislate for communal party fireworks only. Pet owners would then know exactly when to take suitable measures. How we could / should protect wildlife I do not know; total ban ? Wow, that would put the cat amongst the dogs! – Charles South, Thurston.

“Yes, they frighten the life out of most animals and are a nuisance to most people. November the 5th should be the only time they are allowed to be let off. ” Brian Moore from Elmswell

“I have long held the view that properly organised displays are sufficient to satisfy the strange desire to witness explosions. At least they are reasonably safe.” – Richard Bellringer from Badwell Ash.

“Fireworks Day comes around every year, people have plenty of time to plan. Would that one day was recognized as such. Days before the 5th we have had a few sudden fireworks here in Thurston. Only a few, but that is the very problem, a totally unannounced BANG! And this will go on for days — no warning. I shall find rocket sticks around the neighbourhood for days after.
“Fact is that persons setting off fireworks are uncaring as to the consequences of their so-called pleasure. Same applies to noisy (illegal) cars and motorcycles. Selfish. We live closer and closer together. Noise annoys, fact. We are surrounded by noise, often of our own making. When did you last sit and listen to real silence? Try it. You might find the real you if you persevere. Scary for some. Liberation for the fortunate few.” – Steph Hubbard from Thurston

“I guarantee that this time next year we will have just the same ballyhoo on this firework nonsense, except it is not blather, the same selfish people will force their amusement (?) on others. Nothin will change unless we all email our MP. Easy done for most do it.” – Charles

What do you think?

Email your views to: news@suffolkvillage.info

1 thought on “SUFFOLK VILLAGE INFO ASKS:  IS IT TIME TO REGULATE FIREWORK DISPLAYS? YOU HAVE YOUR SAY”

Spectacle of Light to return to Haughley Park next year