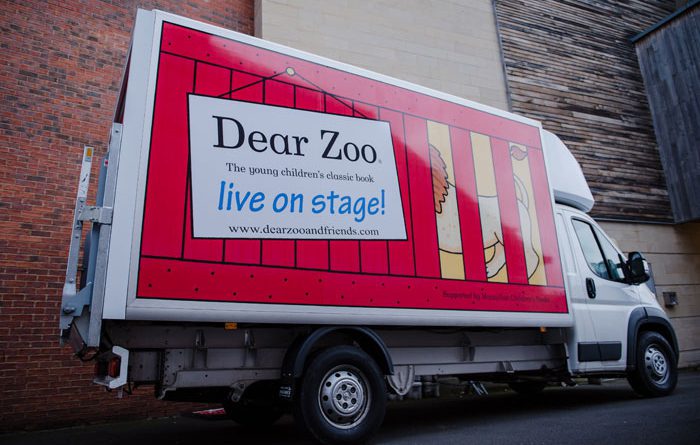 The theft of a touring vehicle has led to the cancellation of two tour shows at the Theatre Royal Bury St Edmunds.

However, although the spring and summer dates have been axed they are scheduled to go ahead on Wednesday and Thursday, October 23 and 24.

The Mercedes truck was stolen in Peterborough during the early hours of Saturday, April 27, and contained the entire staging, props, puppets and costumes for “Dear Zoo”.

The sell-out play, which is based on the popular books by author Rod Campbell, was set to continue its tour of the UK and had been delighting thousands of young children.

The show’s producer, Chris Davis, reported the theft to police and estimated the truck and its entire contents to be worth more than £50,000.

Mr Davis said that the truck was fitted with a security tracking device which indicated that it may now be in the Grantham area.

The theft has led to the cancellation of the remaining dates for the spring/summer tour, 56 performances in total, and also meant that five actors and the stage manager would have to be made redundant.

The truck, brightly painted yellow with the show’s logo and a lion in a cage had been parked overnight in Peterborough following performances that day. Anyone with information concerning the stolen truck is asked to contact police.

The producers have already started to rebuild the show and have assured concerned audiences that the tour will be ready to start again in September, which means that their scheduled performances at Theatre Royal Bury St Edmunds will be able to go ahead as planned.