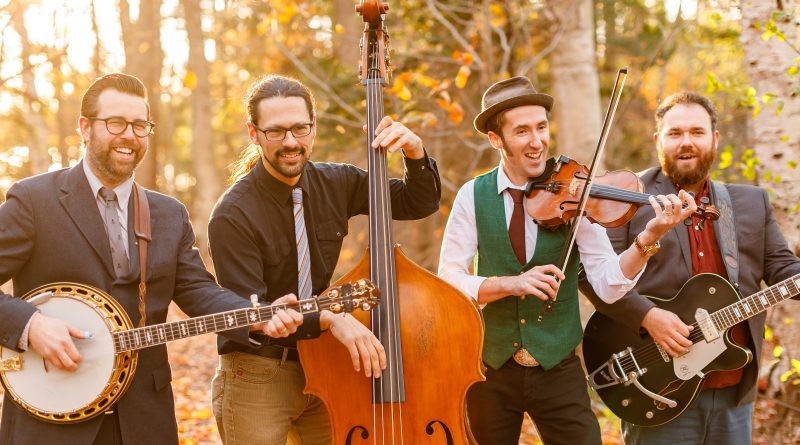 Award-winning Gordie MacKeeman and his Rhythm Boys serve up an exhilarating blend of original songs and fun covers packed with foot-stomping bluegrass, down-home country and reckless rockabilly that practically yanks you out of your seat by the collar!

And they are appearing at The Apex later this month.

The Canadian combo have released three albums to date, which have brought the lads impressive airplay and multiple awards, though Gordie stresses that live performance remains his true calling.

“I’d say we consider ourselves a live band more than a recording act,” he explains. “We just love being on-stage in front of an audience. We view our albums as a souvenir of the live show, so we record live off the floor as much as possible.”

The group features all-star pickers and singers, each one a musical Swiss army knife, trading instruments and styles every song. Gordie lives up to his nickname, ‘Crazy Legs’, hoofing with abandon, or sawing out a solo perched on top of the doghouse bass. Their eclectic sound draws upon bluegrass, old time country, folk, rockabilly, swing, Celtic, and other styles in a genre-defying fashion.

Both live and on record, Gordie MacKeeman and His Rhythm Boys serve up a balance of traditional tunes and well-crafted group originals, in both instrumental and vocal styles.

“For the traditional tunes, I try to find ones that are a little more obscure, though it’s nice to have a few that are very recognisable as well,” says Gordie.