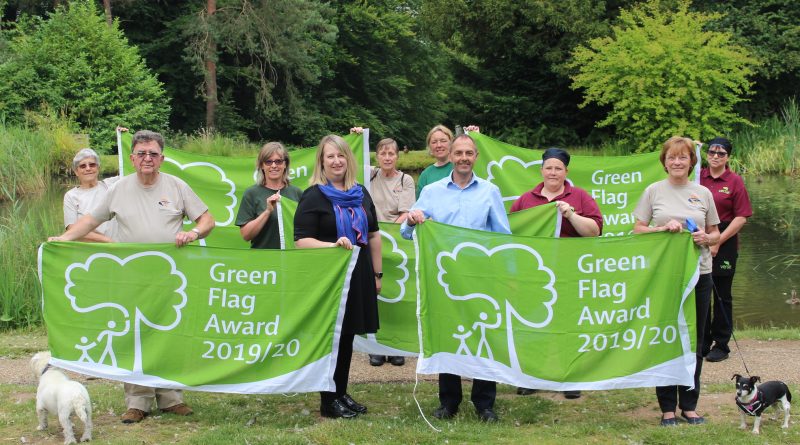 Brandon Country Park was acquired by West Suffolk Council in 2018, having been previously run by Suffolk County Council.

Jo Rayner, West Suffolk Council Cabinet member for Leisure, Culture and Community Hubs, said: “Brandon Country Park is loved and well-used locally, but deserves far wider recognition. I am delighted it has received a Green Flag and hope it will persuade more people to spend more time there. It is a perfect package of park, lake, walled garden, play area and a great café, and also a fine example of how open spaces bring people together, as volunteers, and as visitors. I highly recommend a visit, to this or any of our parks and open spaces.”

The park was laid out in 1820 by Edward Bliss who made his wealth selling gun flint to the army during the Napoleonic Wars. When the industry declined Edward put his men to work planting over a million trees over 50,000 acres, thus creating Thetford Forest. The park’s arboretum also grew and grew, full of exotic species from Blue Atlas Cedar to Giant Redwoods to Monkey Puzzle Trees.