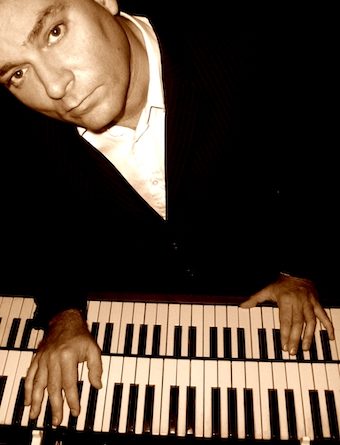 For more than 25 years The James Taylor Quartet have set the standard for the coolest sounds in funky acid jazz.

Led by Hammond organ guru James Taylor, they stand with one foot planted in 2019 and other, just as firmly, somewhere south of the 1970s and they will be appearing at The Apex later this month.

JTQ’s fired-up signature tune, ‘The Theme from Starsky and Hutch’, cemented their reputation as masters of the jazz-funk-r’n’b workout; with 60s spy themes, psychedelic and free-form jazz all adding something to the band’s distinctive sound.

Originally playing the Hammond B3 organ in the UK mod revival band The Prisoners, James Taylor formed his own quartet, and began playing music similar to the rare-groove jazz-funk then in vogue around London. By the early 90s, that movement had spawned acid jazz, and JTQ found itself at the forefront of a vibrant young club scene.

In 1997 James had the chance to fulfil a dream when he was asked to score the theme tune to ‘Austin Powers: International Man of Mystery’, the spy spoof starring Mike Myers and Elizabeth Hurley.

JTQ have quietly become a byword for distinguished British creativity with dozens of critically acclaimed albums and legendary live shows both at home and abroad.

James’ musical talent has been admired by numerous other acts: The Wonderstuff, Manic Street Preachers, The Pogues and U2 have all featured James and his distinctive Hammond sound on their albums.