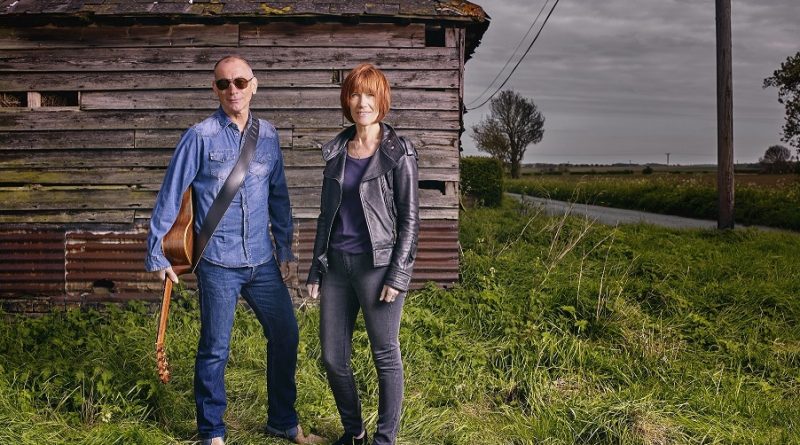 Seen recently on The Apex stage as a special guest on the ‘Woman to Woman’ show, Kiki Dee returns to the venue on later this month for ‘An Acoustic Journey’ with Carmelo Luggeri.

Born in Bradford in 1947 as Pauline Matthews, Kiki Dee began by singing with local dance bands, before being signed to Fontana Records as a solo artist in 1963.

Her debut album, ‘I’m Kiki Dee’ included a series of Phil Spector style tracks and her 1965 single ‘Why Don’t I Run Away From You’ became an airplay hit on Radio London and Radio Caroline. Kiki’s 1968 single ‘On a Magic Carpet Ride’ has remained a classic on the Northern Soul circuit.

During these early years Kiki gained a respectable reputation as a backing session singer, performing on two of Dusty Springfield’s early hits. She also appeared on TV shows like the Morecambe and Wise show, The Two Ronnies and The Benny Hill show.

In 1970, Kiki became the first European female artist to be signed to the Motown record label, which celebrates its diamond anniversary this year.

She worked with legendary producer Frank Wilson on tracks including ‘The Day Will Come Between Sunday and Monday’ and ‘For Once In My Life’, recording in the original Motown studio in Detroit.

1974 saw Kiki riding high in both the UK and US charts with ‘I’ve Got the Music in Me’, and she ‘helped’ Sir Elton John score his first UK No.1 single, with the classic duet ‘Don’t Go Breaking My Heart’ in 1976.

She also performed at the historic Live Aid concert, reprising ‘Don’t Go Breaking My Heart’ with Elton and performing backing vocals on the other songs in his set. Rachel Muldoon played the part of Kiki Dee in the movie ‘Rocketman’, which follows Elton John at the early stages of his career.

Carmelo had worked with Bill Wyman, Julian Lennon, Andy Williams and Ralph McTell and produced some bonus tracks for ‘The Very Best of Kiki Dee’ album. Having hit it off musically, they took on a new musical direction together, playing acoustic concerts, starting with an appearance at The Royal Albert Hall for World AIDS Day in December 1994.

Kiki and Carmelo have now been touring their spellbinding acoustic show for two decades, while their latest critically acclaimed album ‘A Place Where I Can Go’ includes a haunting duet with Scottish singer Eddi Reader.

Kiki Dee and Carmelo Luggeri’s Acoustic Journey will be at The Apex on Saturday, September 28, at 7.30pm. See www.theapex.co.uk or ring 01284 758000 for more information or to book tickets.