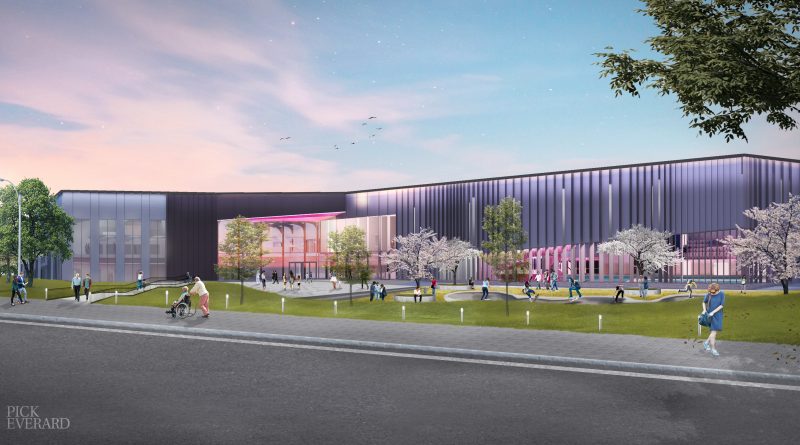 The final business case to build a nationally ground-breaking initiative delivering better integrated services and outcomes for West Suffolk has been backed by Cabinet.

Members of West Suffolk Cabinet have agreed to support the final business case and recommend council approve it going forward.

The final plans are being examined by public sector partners which could bring together new leisure facilities, health, education and other public services with the commercial sector on one site.

By delivering the services on one site, evidence shows there are better education and health outcomes for people.

If agreed by the council the multi-million pound Western Way Development would deliver new state of the art community facilities, alongside those already at West Suffolk House, and offer an innovative way to deliver integrated public services and create new jobs.

Members of West Suffolk Council will look at the detailed business plan for the project later this month.

If the final business case is agreed then the council could look at applying for planning permission which could unlock further external investment. The next steps would also include a further process of looking at finances before committing to a final scheme.

Although situated in Bury St Edmunds, the project, which has been a long-term ambition, will benefit residents further afield in West Suffolk and complement a network of public sector hubs across the area.

Part of the proposal is a complete replacement and upgrade of the existing Bury St Edmunds leisure centre, which is nearly 45 years old, and shortly in need of considerable investment.

The business case shows that replacing the centre now will be cheaper in the long-term for taxpayers, as well as better for users. The proposals for the new leisure centre integrate it fully with a proposed community health facility and increase the amount of water activities for families with young children, which was a particular theme of an earlier consultation. The project also proposes improvements to the existing skate park working with the users.

The project is part of a long-term vision for the area and would also attract investment and bring jobs, potentially opening within the next five years. The report to councillors shows that new facilities for rent by the public and private sector should be capable of paying for themselves when fully let out.

The business case also suggests the plans would give the opportunity for radical regeneration, transform how services work and produce better outcomes for residents. At the same time the new development aims to reduce costs to the public purse and free up other assets in the area.

It is also suggested that the steel frame of the depot on Olding Road is re-used for the new public service building, to save money and natural resources as well as creating a flexible space that can be built in a phased way and will link to existing services at West Suffolk House.  The new buildings would also benefit from a large investment in renewable technology.

Plans also include improvements to highway junctions to cope with an increase in traffic in the local area. Early work shows that the nearest junctions are already busy at peak times and, if nothing is done, even without the new development, delays and queues will get longer over time. The changes proposed to the junctions from Newmarket Road, along Western Way, to the junction with Beetons Way, will help manage not only the traffic to the scheme itself but also this ‘background’ growth on the highway network. These junction changes will be supported by a strong travel plan.

A public consultation on the draft designs has been held and ended on September 10.  People can find out more about the scheme at www.westsuffolk.gov.uk/wwd

Jo Rayner, Portfolio Holder for Leisure, Culture and Community Hubs at West Suffolk Council, said: “I welcome the support shown by Cabinet and partners for this project. Once again West Suffolk is showing the way nationally on how public services can be delivered to truly benefit our communities and businesses. I would like also to thank everyone who have had their say as part of the consultation.

“If given the go ahead, this will be an exemplar initiative nationally on not only how all public services can share buildings and space but work in a more joined up way to be better than the sum of their parts. Evidence is clear that when services such as health, leisure, education and other public services are put together that not only is it easier to access services but also the outcomes are much better. By sharing public services we also open up land they previously occupied for other uses, such as much needed homes. The finances currently show that it is capable of paying for itself over time but before any contracts are awarded there will be a formal process to have a further in-depth look at costs.”