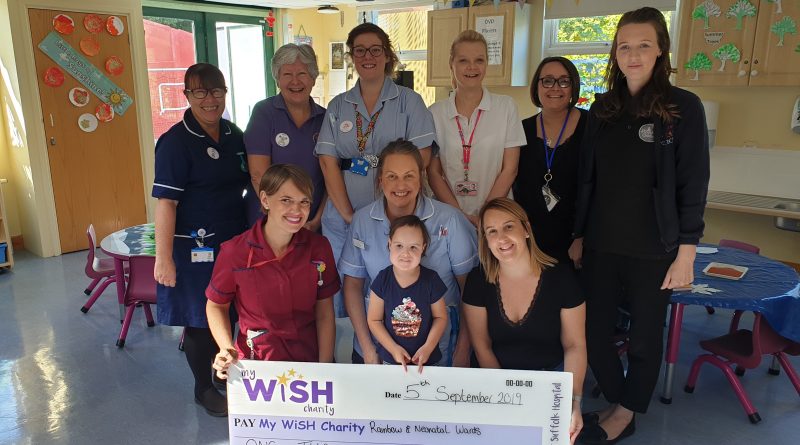 Tiny tots and toddlers attending nursery at two centres have helped to raise £1,000 for a children’s ward at the West Suffolk Hospital.

The youngsters, whose ages range from six weeks to four-year’s old, took part in a series of fundraising activities including a walkathon, a campout, a raffle and a bake sale.

Up to 124 of them attend Traquinas Childcare, based at Old Croxton Road and Raymond Street, in Thetford, with the money raised directed towards the My WiSH Charity, which supports the hospital in Bury St Edmunds, with funds aimed towards the Rainbow and neonatal ward.

They decided to support the charity and especially the children’s ward following the ongoing treatment Nina Ferreira Meireles, one of the youngsters attending the nursery, has received over the years at the hospital. She is now aged five and is the daughter of the owner Carla Ferreira.

A target of £500 was planned but they managed to double that over the three-month period of the fundraising thanks to all the support and sponsorship they received from parents and local businesses.

The walkathon went from Old Croxton Road to Castle Park where the children climbed the top of a hill in the park, the campout also took place at the Old Croxton Road site and Raymond Street and parents paid £5 for childcare for the evening which included a barbecue, children making marsh mellows and building tents.

Georgia Tanner, the deputy manager at Traquinas, said Nina has been in and out of hospital for various treatments since her birth and that’s why they decided to raise the money and parents gave their support to the venture.

“We were thinking what we could do as a nursery towards supporting the ward which has been such a great help to Nina and her mother so we thought we would do a fundraiser. Our target was initially £500 but we managed to get to £1,000 which we all thought was amazing.”