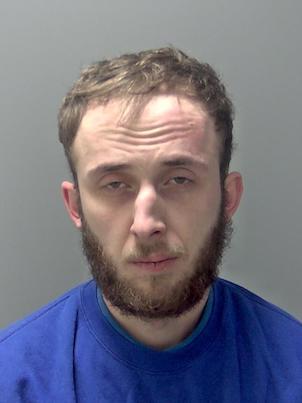 A 26-year-old man has been sentenced following a stabbing in Haverhill earlier this year.

Max Wass, of no fixed address, who had previously denied wounding a 36-year-old man with intent to do him grievous bodily harm, was found guilty by a jury after a three-day trial at Ipswich Crown Court last week.

On Friday, October 11, Wass appeared before the court where he was sentenced to 13 years in jail.

The incident had taken place at approximately 11.50pm, on Thursday January 10, in Howe Road, where the 36-year-old man was located with multiple stab wounds to the body.

Paramedics were called and the man was taken to Addenbrooke’s Hospital, in Cambridge, with serious injuries.

Wass was also ordered to pay a £170 victim surcharge.

Detective Inspector Steve Clarke for West CID said: “The sentence handed out demonstrates how seriously the police and the courts take knife crime. The consequences of knife crime can be severe, even fatal. We have a number of measures in place to tackle knife crime and to educate young people about the dangers but the community has a role in this too. If you know or suspect that someone is carrying a knife, report it.

“We are determined to take positive action to prevent offences by removing knives and offensive weapons to prevent people being hurt and stop lives being destroyed.”