Two men have been jailed following a robbery in Bury St Edmunds.

The incident occurred shortly before 12.40pm in Tennyson Road, on Thursday, June 27.

The victim – a woman aged in her 80s – had visited the Post Office, in Lake Avenue, when an unknown male assaulted her and stole her handbag, which contained bank cards and a quantity of cash.

The woman fell during the incident and was left shaken with cuts and bruises. She was taken by ambulance to West Suffolk Hospital for treatment. 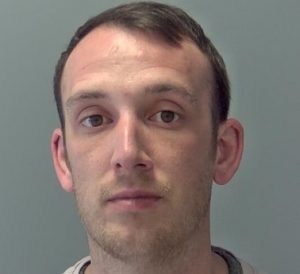 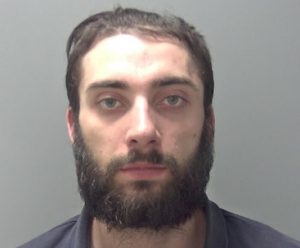 Robert Duke, 36, of Broad Road, Bacton, and Kyle Haggerty, 27, of no fixed address, (both pictured above) appeared before Ipswich Crown Court yesterday, Tuesday, November 12, where they were both given jail sentences totally nearly 16 years.

Both Duke and Haggerty had previously denied the offences but were found unanimously guilty by a jury after a week-long trial.

Haggerty was jailed for eight years for robbery and one year to run concurrently for fraud. Duke was jailed for seven years and 10 months. Both men were also each ordered to pay a victim surcharge of £170.

Commenting on the sentencing Detective Constable Matt Egan said: “This was a cruel and cowardly crime. The offenders preyed upon an elderly lady who was going innocently about her daily business and who stood little to no chance of defending herself. I hope that the victim will find some solace in this verdict and can begin to put this terrible ordeal behind her.”