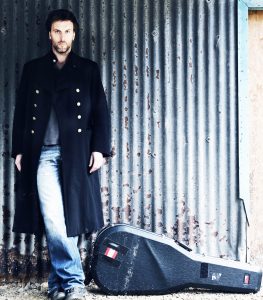 Jon Boden, (above) ex-frontman of folk-giants Bellowhead, is set to join the Sacconi Quartet for a reprise of Elvis Costello’s 1993 collaboration with the Brodsky Quartet – “The Juliet Letters” at The Apex, in Bury St Edmunds, later this month.

Described in Rolling Stone magazine at the time as “alternately biting and rueful, evoking the sardonic humour and bleak beauty of Kurt Weill and Bertolt Brecht”, “The Juliet Letters” is a striking sequence of dramatic ballads that reflect on love, betrayal and death.

It draws inspiration from letters that the lovelorn and desperate continue to leave addressed to the imaginary Juliet Capulet under the balcony in Verona – the supposed site of Shakespeare’s “Romeo and Juliet”. Not a rock opera, Costello described the album as “a song sequence for string quartet and voice”.

The Sacconi Quartet are recognised for their fresh and imaginative approach, reaching out to audiences with their energy and enthusiasm. Performing with style and commitment, the quartet are known throughout the world for their creativity and integrity of interpretation.

Although a stand-out trad folk artist, Jon Boden’s repertoire extends the boundaries of the genre. Most recognisably, he was the lead singer (and one of the principal arrangers) of the multi-award winning Bellowhead, he also plays with his own band The Remnant Kings and the duo, Spiers & Boden.

Outside of folk he has composed music for both theatre and film, including two Royal Shakespeare productions at Stratford: “Merchant of Venice” (2008) and “A Winter’s Tale” (2012).

The first half of the concert at the Apex, on Thursday, February 27, at 7.30pm, comprises Rachmaninov’s sensuous “Romance” and Jonathan Dove’s quartet “Out of Time”. The second half sees Sacconi Quartet and Jon Boden perform “The Juliet Letters”.