A 20-year-old man has been sentenced to four years detention after a serious road traffic collision in Rougham in which two men died.

Police were called at 9.30pm on Boxing Day, December 26, 2017, following reports of a collision involving a black Vauxhall Corsa and a grey Ford Fiesta eastbound on the A14, just east of junction 45.

Following a police investigation into the circumstances of the collision, the driver of the Ford Fiesta, George Mills, of Stow Road, Ixworth, (pictured above) was summonsed to appear at Ipswich Magistrates’ Court in August where he was charged with two counts of causing death by dangerous driving.

He pleaded guilty to two counts of causing death by dangerous driving at Ipswich Crown Court on Friday, February 14.

Today (Friday, February 28) at Ipswich Crown Court he was sentenced to four years in a youth offender detention and a driving ban of six years. 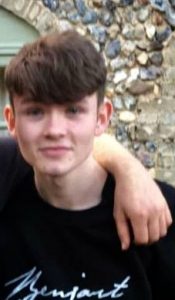 Jake Paxton, 18, of Bury St Edmunds, (pictured) who was a passenger in the Ford Fiesta, was taken to Addenbrooke’s Hospital, in Cambridge, but later died as a result of his injuries. 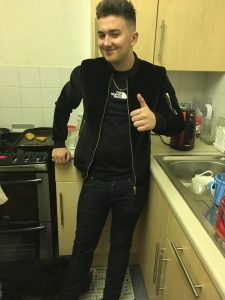 A second 18-year-old man, William Smedley, of Bury St Edmunds, (pictured) also a passenger in the Ford Fiesta, sadly died at the scene.

Mills was taken to hospital for treatment but his injuries were not life-threatening.

A female driver of a Vauxhall Corsa, a 19-year-old woman, was uninjured.

Sgt Scott Lee-Amies from Suffolk Police Roads and Armed Policing Team said: “This was a tragic incident where the lives of two 18-year-olds were taken by the dangerous actions of Mills who was at the wheel of the car when the collision occurred.

“His irresponsible driving has caused misery and heartbreak for the family and friends of Jake and William. Mills will now have plenty of opportunity to reflect on the devasting consequences his actions had on that December night.”