A series of imaginative and informative books have been donated to the West Suffolk Hospital by a mother of two young children after one of her youngsters was born with a foot defect.

Lauran Collins organised a fundraising cake sale and raffle at her local village hall in Cotton which helped to raise a total of £256.

She then purchased 85 fun and colourful books which help children and their parents understand and deal with talipes, which is a birth defect resulting in a club foot. 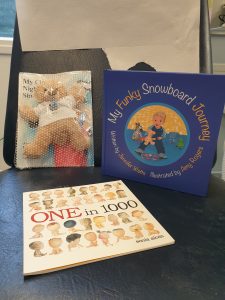 If a baby is born with the complaint one or both feet point down and inwards with the sole of the foot facing backwards.

The 31-year-old’s youngest son Logan, who is now two-year’s-old, has it in his right foot and Lauran, who works at a pre-school, was made aware of it before her child was born.

The books come in picture format and also offers the opportunity for children to colour some of the designs and pictures in the books. 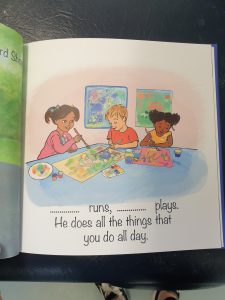 Logan had a plaster cast on his foot to help rectify the complaint before he had an operation and now wears a boot and bar at night.

He was treated in the Rainbow Ward and both Lauran and her 32-year-old husband James, who is a garden designer, wanted to raise money for the My WiSH Charity, which supports the hospital, following their son’s treatment. 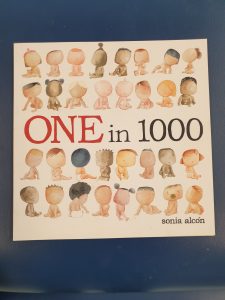 She said: “The books are for the children to study and read and one of them was written by a parent who has a child with talipes, one was two years in the making and one has pictures that the children can decorate and make it personal to them.”

My WiSH Charity fundraising officer, Amy Hatch, said: “The books are amazing. They show the children that they are not alone and that there are so many others having the same treatment. The staff have already been handing them out to their patients and they have been received so well. We cannot thank Lauran and James enough for such a kind  gesture.”