The Tour de Taylor Wimpey East Anglia took engineers Michael Pemberton and Jonathan Delahoche, on a trip to all of the housebuilders’ developments across Norfolk, Suffolk and Cambridgeshire. 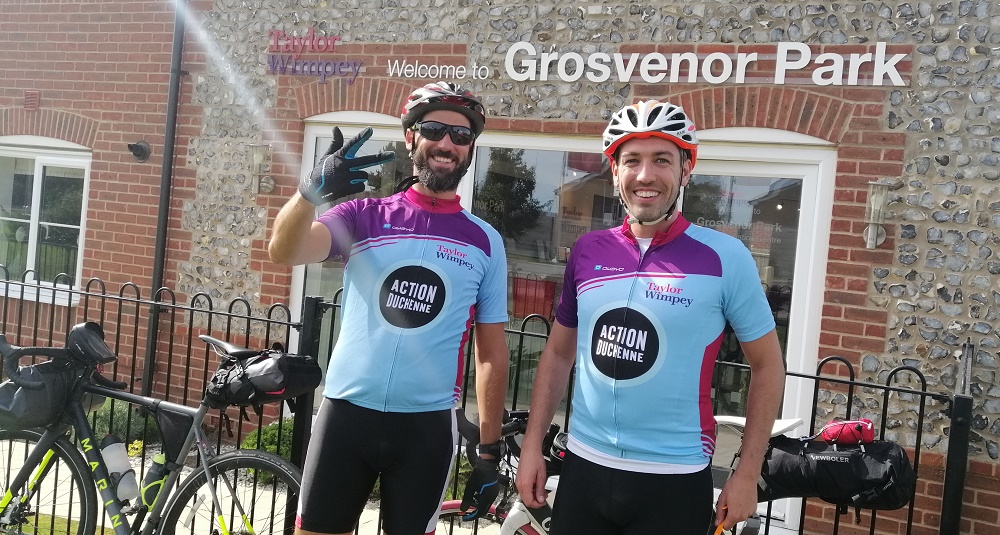 Action Duchenne is a national charity dedicated to supporting those living with Duchenne muscular dystrophy, a condition which affects around 2,500 people in the UK. In 2020 the charity has had a number of fundraising events cancelled, which has had a huge impact on its income.

Michael said: “We knew that this was going to be tough from the start. We faced many challenges along the way, from reaching a collapsed bridge to facing fierce headwind on our last leg to Framlingham. The only thing that kept us going was remembering why we were on this journey – to raise money for such an amazing and worthy charity.

“So far we have raised almost £2000 through donations and kit sponsorships from some of our contractors. Our Virgin Money Giving will also be open until December for those who would like to offer their support and track our progress.”

Jonathan adds: “Although 2020 hasn’t gone as expected, Michael and I were determined to not give up our hopes for the charity ride. Our original plan to go ahead with this in June had to be postponed but when things started opening up again, we quickly took that opportunity to get going. 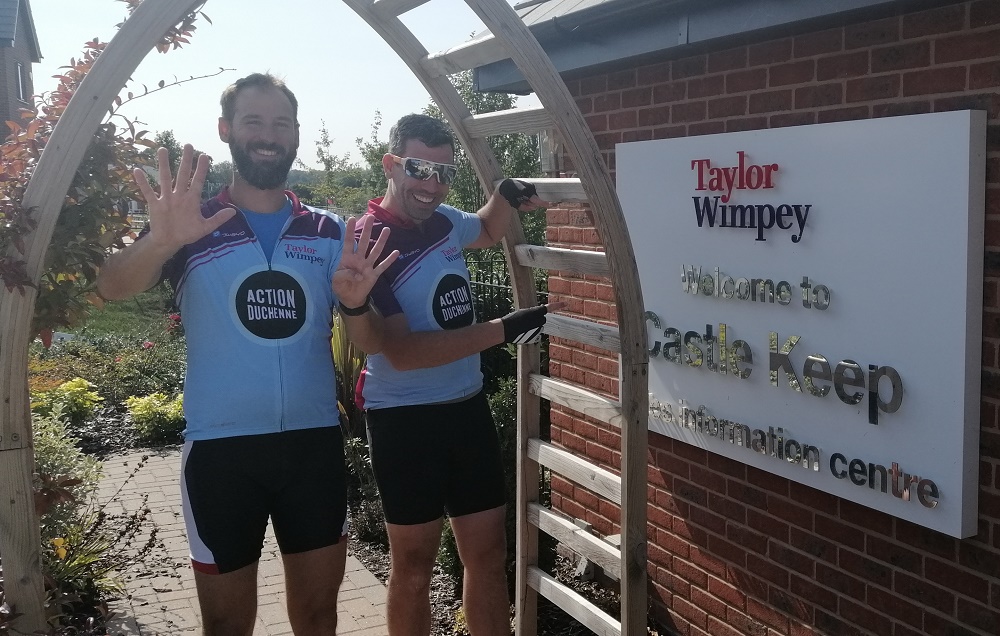 “I’d like to say a huge thank you to everyone that has supported us so far. We are very close to our ambitious target, which is fantastic!”

To find out about some of the causes that Taylor Wimpey has previously supported, visit www.taylorwimpey.co.uk/media-centre/news.