Live music is set to return to The Apex, in Bury St Edmunds, next month with a variety of reduced-capacity, socially distanced, seated shows.

And Jon Gomm kicks it off on Wednesday, January 6.

He is a singer-songwriter with a revolutionary virtuoso guitar style – using one acoustic guitar to create drum sounds, bass lines and melodies, all at the same time.

His show will combine a deeply personal performance and a natural wit, with a once seen-never-forgotten two-handed guitar style, producing sounds people can barely believe are coming from a humble acoustic guitar.

With soulful vocals and song writing, his original material is influenced by everything from Robert Johnson to Radiohead. 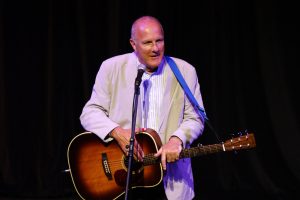 Then a few days later Richard Digance, the BAFTA nominated performer and recipient of The Gold Award from The British Academy of Songwriters, brings his timeless songs and stories on Sunday and Monday, January 10 and 11.

He has supported such stars as Steve Martin, Robin Williams and played a guitar duet with Brian May of Queen, and has been on TV too many times to count, but it’s live on stage that Richard is most comfortable, just one man with a treasure chest of stories collected over 40 years in the music and entertainment industry. 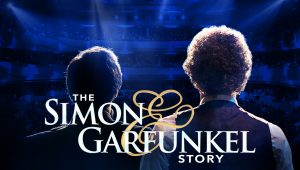 The Simon & Garfunkel Story returns on Thursday, January 14, following their success in London’s West End and sold out shows at The Apex in 2018 and 2019.

This time, there will be a slightly different format to allow for social distancing, but you will still hear all your favourite Simon & Garfunkel songs, including “Mrs Robinson”, “Cecilia”, “Bridge Over Troubled Water”, “Homeward Bound” and many more. The two lead performers of the original West End show will recreate those stunning harmonies in painstaking detail, in this intimate performance. 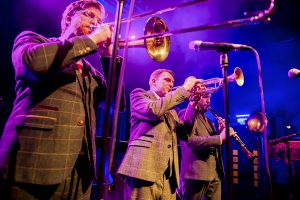 The Legends of Swing concert on Sunday, January 17, features the Down For The Count Swing Orchestra in a show full of energy and musicianship.

This mini big band has been described as “a breath of fresh air on the swing scene” as they breathe new life into the best vintage music and recreate classic tunes from the swing era in their own unmistakable style. 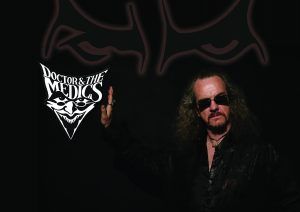 The Rev Dr Clive Thomas Jackson, singer of Doctor and the Medics, brings his hilarious two-man show, The Doctor Will See You Now on Thursday, January 21.

Life as a one hit wonder… sees the stand-up comic, actor and singer combine all the elements of his career in one hilarious rollercoaster of a two-man show. The humorously delivered stories and songs range from being a civil servant, spending his days sleeping at his desk due to his late night DJing, through to his No.1 hit “Spirit in the Sky”; and from mixing cement in the rain on a building site – just 18 months after reaching number 1 – through being a snail farmer, joiner and blacksmith, to the band’s resurgence and their busiest year in 2019 for over 30 years.

Each act will play reduced-capacity, socially distanced shows, to ensure safety and remain within government guidelines.