Concerns have been raised about the introduction of a new double-mini roundabout in Woolpit with some people describing it as “a recipe for disaster” and a waste of public money.

It has been installed at the Old Stowmarket Road/Heath Road junction and has prompted a host of complaints by people living in the village.

They have taken to the social media site Nextdoor to air their view. 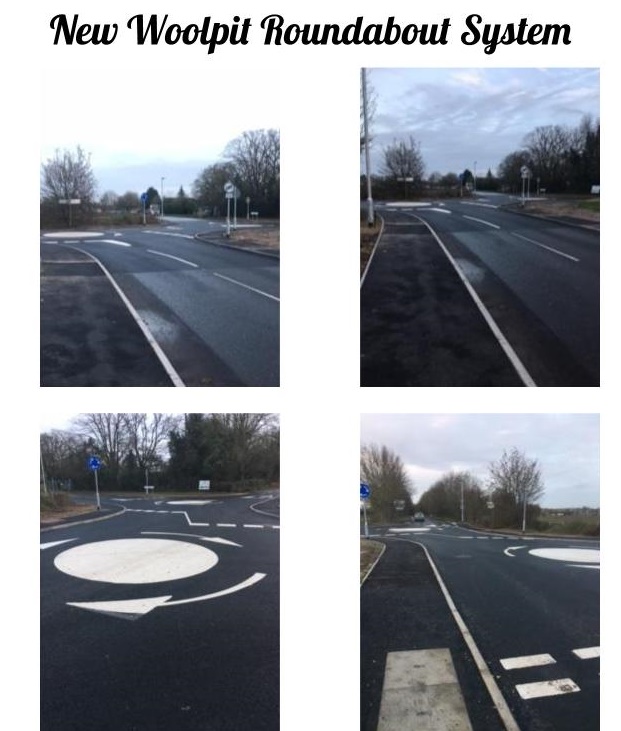 Sonjay Clark said: “Husband’s car almost side swiped whilst on roundabout. Due to layout of system there will be many accidents to come. Take care everyone!”

Phillipa Powell: “Always said once I knew what was planned there that a double-mini roundabout would be a recipe for disaster. Would love to know who thought it was a good idea … utter madness.”

Jennie Sherman: “Wondering how many accidents will happen before they need to change it? Hoping for the best but from what I have seen so far there are a lot of drivers

that are totally confused by it. Lorries are going to have fun with this. Add this to the school give way junction where drivers fail to stop, sailing through without a care for oncoming traffic … then there’s the Green Road debacle. It’s a bit of a hazardous village right now.”

But David Bicknell offered these words of advice: “Just review the Highway Code, slow down and use a bit of common sense and polite road sense and it should work. Just witnessed four cars straight line it (not design fault, lazy drivers) and also a car from Old Stowmarket hooted a car already about to leave that roundabout. They are designed to slow traffic but keep it moving, give it a chance folks and it might just work.”

And people from outside the village have added their views:

Rachel Newport, from Tostock, said: “Absolutely ridiculous road layout on what was basically a perfectly fine crossroads. Pathetic waste of council/highway’s money and totally unnecessary to cause so much confusion. Pity the money wasn’t spent more wisely on filling some of the wretched potholes in our country roads.”

Ian Cameron, from Great Finborough: “Problem is few folk know and understand the rules for roundabouts, in particular the Give Way to the right (to traffic already on the roundabout)  not approaching the give way marking.”