The organisation set up to create the new National Horseracing Museum, in Newmarket, is to be wound up having successfully met all of its objectives.

It was 15 years ago that the Home of Horseracing Trust (HOHT) was set up by Forest Heath District Council and the National Horseracing Museum (NHRM) with the purpose of raising funds and developing plans for the museum to move from a small high street site, to a large new centre at Palace House where it could become a modern world class visitor attraction.

The trust raised more than £19 million and led on the design, build and fit out of the centre which was opened by The Queen in 2016.

Now, having fulfilled its role, the trust is to be dissolved in early 2021, and transfer its role to the main NHRM charity which manages the museum day-to-day. 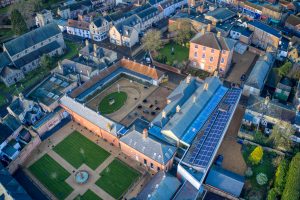 The Project Executive Board (PEB) which managed the build has also been disbanded. The trust, like the PEB, drew on a membership and support from the racing community, including the Jockey Club, the NHRM and local authorities.

Andy Drummond, Cabinet member at West Suffolk Council and the final Chair of the Project Executive Board, said: “The formal close out of this ambitious project is a testament to the vision and work of many. It was a decade in the making and is now firmly established as a world class visitor attraction that will benefit the whole town and racing for decades to come. It was always more than a building. It has been a partnership of public, private – and community – interests working together. I thank all those who contributed in whatever measure to this huge enterprise and offer my congratulations on what you have achieved. I’d also like to take this opportunity to thank Peter Jensen, chair of the HOHT from day one, for his fantastic work and commitment over the years to get us to where we are today.” 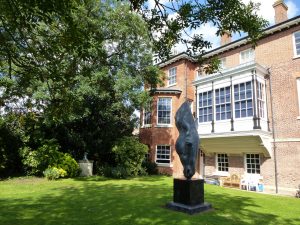 Peter Jensen, Chairman of the Home of Horseracing Trust since its formation 15 years ago, said: “Firstly, I would like to thank the Trustees of the HOHT, many of whom joined the Board at the inception of both the Trust and the project.

“At the time, back in 2005, when Forest Heath District Council, together with the Museum and many interested parties, set up the Trust, it was felt that a joint venture, involving multiple interests, was the only way to move this exciting concept forwards and this proved to be the case. Whilst it took many years before that memorable day in 2016, when Her Majesty the Queen opened the new National Horseracing Museum, we did get there in the end.

“The final result was very different to the initial goal of moving the existing Museum to a new site. The new Museum is a combination of the National Horseracing Museum, telling the story of horse racing, the British Sporting Art Trust, with a world class gallery of classic sporting art and the Retraining of Racehorses Charity, providing the retired racehorses themselves, for the public to see and touch.

“At the outset, no-one could have dreamed that the end result would be as fantastic as it now is. This would not have happened without the generosity, time and support of many people, too many to thank by name. Finally, I would like to wish Stephen Bourne, the new Chairman of the National Horseracing Museum, together with his team, every success going forwards. We have a tremendous venue, with a terrific story to tell and I have no doubt that this flagship destination centre will be a great success, especially with the Newmarket community and the horseracing industry fully behind it”.