The National Trust is asking walkers and countryside lovers for help in protecting landscapes and nature after signs that the cumulative effects of winter weather, increased visitor numbers, and social distancing is starting to cause fresh erosion and widening of footpaths at hot spots across England.

In a year which has seen thousands more people benefit from spending time in nature, ranger teams and volunteers are encouraging a change in behaviour to head off the risk of lasting damage. 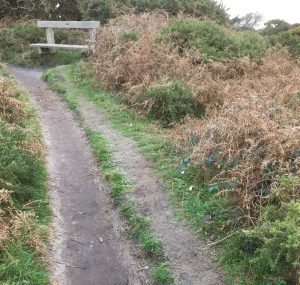 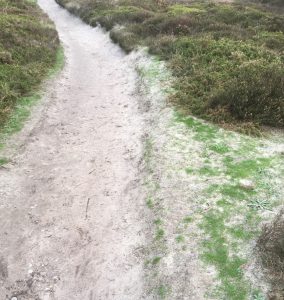 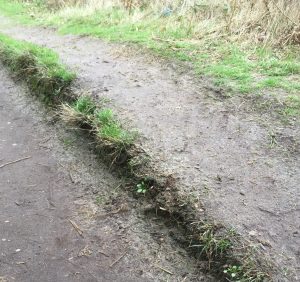 One area that has been significantly affected is Dunwich Heath.

Lloyd James, ranger at Dunwich Heath, said: “The sandy soil has been eroded and the path has significantly widened in recent months, as more people move off designated paths to socially distance. This is particularly noticeable in an area of acid grassland adjacent to the cliff path, which visitors regularly use to explore the coastal site. In some areas, narrow paths of 50cm have now doubled in width.

He continued: “This area of heathland is particularly sensitive as it’s home to nesting skylarks. This ground-nesting bird has seen dramatic population declines in recent years, often the result of unsuccessful nesting seasons. The impact of increased footfall off the main path, meant rangers had to step in this year to protect the nests, installing additional signage and fencing to prevent further disturbance. Thankfully the extra measures worked, and the skylark chicks successfully fledged.

“Work is now required to undertake path surveys, before repair work is carried out.

“The soil on Dunwich Heath is low nutrient sandy soil, which is perfect for the acidic grasses and heath to thrive, but it’s easily damaged and takes a long time to recover.  It only takes a few people to use a passing area before the vegetation is destroyed and becomes unrecoverable. The team have seen the number of passing places along the paths increase and widen this year, with this happening at multiple points, there becomes a reduction in the maturing dense vegetation which is a prime habitat for breeding dartford warblers, which have been known to nest within a metre of a path.”

If the paths do not recover vegetation wise then some areas may need to be rotavated and graded with tractors to make them level, however this will destroy any vegetation structure in the ground and likely make run off erosion worse. Rangers may decide the best course of action is to create new paths next to the original ones, then seed and rest the old ones to try and get some vegetation growing back. But this will require a lot of work.

With the upcoming Christmas holiday period likely to attract more people to get out and about in the countryside, the conservation charity is asking people to help minimise the effects of any further erosion.

For more information and to donate to the National Trust’s latest Give Back to Nature appeal which includes conservation work like pathway maintenance, visit www.nationaltrust.org.uk