A cannabis factory stretching over four floors has been discovered in Sudbury.

It came after police officers were called at 3.05am today, Thursday, January 7, following reports that a burglary was believed to be in progress at a property in North Street.

On police arrival, the suspects had already left the scene in a van but due to the circumstances, officers entered the building and found a cannabis factory stretching over four floors.

Over 200 cannabis plants were located within the property and are currently being removed. 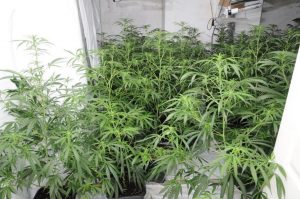 Further enquiries in the area are still being carried out as the investigation continues.

Officers would urge local residents and businesses to be vigilant to suspicious activity and anyone with information about drug-related activity in their community should contact Suffolk police.

The signs to spot include a strong or sickly sweet smell in the air; buildings with windows constantly blocked off; high levels of heat and condensation and the constant buzz of ventilation. Such operations would most likely have people coming and going from an address at unsociable hours too.

Anyone with information or who may have witnessed a van in the area in the early hours of today should contact Suffolk police, quoting crime number: 37/1004/21

Members of the public who have concerns or information regarding the production or sale of illegal drugs in their community, should contact their local policing team. Details can be found on the force’s website: http://www.suffolk.police.uk/your-area