Police in West Suffolk are launching a new operation tackling acquisitive crime during night-time across the area.

Operation Night Owl will target criminality relating to motor vehicles crime, burglary and criminal damage in the key towns as well as the surrounding villages.

There has been a recent trend in offences where police have seen offenders entering insecure vehicles,  breaking in with little damage, and stealing items such as cash, sat-navs, sunglasses, mobiles and backpacks during hour of darkness. 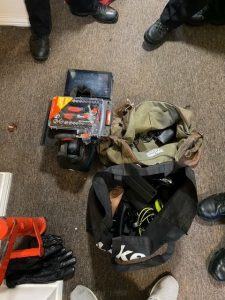 Thefts of catalytic converters and thefts of tools from work vans will also come under the Op Night Owl umbrella of operational activity as well as overnight rural criminality.

Chief Insp Matt Carney said: “This proactive operation, focussed on West Suffolk will look to proactively address the issue of acquisitive criminality, particularly in the hours of darkness. Our officers will be out there chasing down those who wish to cause our communities harm and use darkness as a cover for their criminality. We will be making it difficult for them to operate regardless of the time of day.”

A recent arrest was made last week where a man was arrested and charged following a series of offences related to motor vehicles in Acton.

Officers were conducting patrols of the village on the High Street on Thursday, January 14, and arrested a male for offences relating to interference of motor vehicle and theft from motor vehicles.

He was taken to Bury St Edmunds Police Investigation Centre for questioning.

Elsewhere, officers conducted a warrant at an address on Tudor Close, in Haverhill, on January 15.

Officers forced entry to the address and during a search located two large bags of suspected stolen goods, along with power tools and other electronic devices suspected to have been stolen.

No arrests have yet been made, although enquiries into the discovery continue as well as work to return the items to their rightful owners.