Touching tributes have been paid to a woman from Hadleigh who died following a road traffic collision in Hintlesham with her family saying she was a “devoted” mother who with her husband had “big dreams for themselves and their children’s future.”

Officers were called shortly after 5.35pm on Monday, March 29, to reports of a collision involving a Honda motorcycle and three cars – Ford S Max, Ford Mondeo and Mini Cooper.

An ambulance and air ambulance were also in attendance and the motorcyclist – a woman aged in her 30s – was pronounced deceased a short time later at the scene.

Pending formal coroner’s inquest proceedings, police have provisionally identified the deceased as Daniella Milburn, (above and below) aged 33, from Hadleigh. 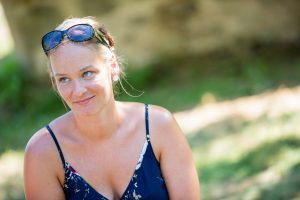 “Daniella Milburn, loved and cherished wife of Dale Milburn and devoted mother of Teigan, Mayson, Lacie and Leighla was taken from us on Monday 29th March 2021.

“She was an ever caring and loving mother, sister, aunt and wife, raised by her father Robert Cole and her grandma Betty Cole, in Haughley, Suffolk.

“She was a headstrong and devoted mother always thinking of her children and putting them first whilst supporting her husband and his career.

“They were completely driven to making each other happy and to creating a great life for their children.

“Rarely getting one and not the other, joined at the hip, the love and happiness they shared for each other is unmeasurable and they had big dreams for themselves and their children’s future.

“She was incredibly focused, hard-working, and she was extremely passionate about her friends and family. Words cannot describe the loss we all feel.

“Her family are incredibly proud of all that she had accomplished in her life. She had such a caring, loving nature and became such a strong and beautiful woman and role model for her children and siblings.

“She will be missed by all.

“As we loved you, so we miss you.
“In our memory you are near.
“Loved, remembered, longed for always,
“Bringing many a silent tear.

“In our thought, our hearts and in our prayers x

Police are still appealing for witnesses and anyone who saw the collision or the manner of driving of any of the vehicles should contact the Serious Collision Investigation Unit on 101, quoting reference CAD 288 of 29 March 2021.

Investigations continue into death of woman at Brandon Country Park