The National Youth Jazz Orchestra is world-famous as a showcase for the country’s best young musicians.

Since NYJO’s founding in 1965, many of the current generation of top British jazz musicians have risen through its ranks, often becoming established jazz stars.

She is one of the greatest musical talents to come out of the UK. Her unmistakable character, vocal dexterity and masterful songwriting made her a pop icon. Her tragic passing makes her one of the most sorely missed artists in recent memory. Now, 10 years on, her music still shines, undiminished, in all its defiant brilliance.

This concert series celebrates Amy’s enduring legacy, reimagining hits and revisiting early works she sang with the 24-piece National Youth Jazz Orchestra as a promising 16-year-old singer, back in 2000. 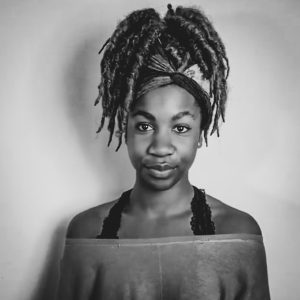 Taking on the role of Amy, lead vocalist Lucy-Anne Daniels (pictured above) says: “It’s a bit nerve-wracking because Amy was once me. It’s really lovely [the project] because it highlights both me and Olivia as up and coming musicians.”

The National Youth Jazz Orchestra is one of Britain’s longest running and most successful ensembles for people under the age of 25, playing big band jazz and offering a unique learning experience, combining professional training with artistic expression.

Sir John Dankworth is famously quoted as describing NYJO as one of the best bands you will ever hear.  The culture of encouraging members to write their own arrangements and compositions has created a phenomenal musical legacy which, in addition to classic big band standards, gives the band an incredible set list to draw from.

You can see the National Youth Jazz Orchestra celebrate Amy Winehouse at the Apex, on Sunday, January 23, at 7.30pm. Ring the box office on 01284 758000 or seewww.theapex.co.uk for more information or to book.