Called “one of the most gifted singer-songwriters of his generation” by The New York Times, Teddy Thompson is a native Englishman who has adopted New York City as his home and he is due to perform at the Apex, in Bury St Edmunds, later this month, along with folk/roots singer Roseanne Reid, daughter of The Proclaimers’ Craig Reid.

Famously the son of singer-songwriters Richard and Linda Thompson, Teddy emigrated to the States, barely out of his teens, to embark on a career of his own. He was heavily influenced by such artists as Buddy Holly, Chuck Berry, Elvis Presley and the Everly Brothers.

Country music also had a big influence on his melodic and brooding songwriting.

He said: “I was obsessed with country music when I was a kid, and it’s definitely had a huge influence on the way I write songs. I was always attracted to songs that had a brilliant pun or a clever turn of phrase, but came from a dark, bitter place.

“I first got into it when my dad used to take me and my sister on road trips to Scotland. The cassettes in the car were probably a compromise between what he wanted to listen to and what we kids would tolerate, but that’s where I first fell in love with Hank Williams and the Everly Brothers. The Everlys were more pop than country, I suppose, but they shared that quality of songwriting that really inspires me – short, sad, funny and heart-breaking songs that are really worked out and deeply personal”.

Asked how he felt about touring at the moment, he said: “I’m really keen to get in front of my audiences. I love that sense of living inside the songs and bringing them to life which you can only do when people are responding to your music live.” 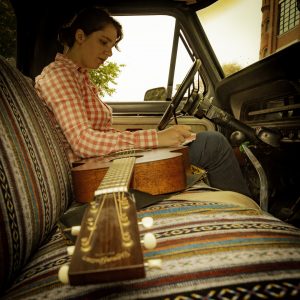 Roseanne (pictured above) will open the show. Her debut album (produced by Teddy), was listed among the Sunday Times’ top releases in 2019 and includes a guest appearance by one of her champions, Americana legend Steve Earle. Crafting a lyrical, soulful, blend of folk and Americana, she’s one of today’s most exciting new talents.