Members of the St Edmundsbury Sailing and Canoeing Association had a fantastic time both on and off the water at their 9th Antigua Sailing Day Regatta at Lackford Lake, on Sunday.

The regatta was initiated nine years ago as a fun event to coincide and celebrate Antigua Sailing Week, one of the most prestigious international sailing events in the Caribbean.

Through a Google news alert, the SESCA Regatta came to the attention of the Sailing Week Race Committee and the Antigua and Barbuda Tourism Authority, who were so impressed with the initiative that they offered to come onboard as sponsors. With the Tourism Authority’s support, the regatta has become the highlight of SESCA’s racing and social calendar. 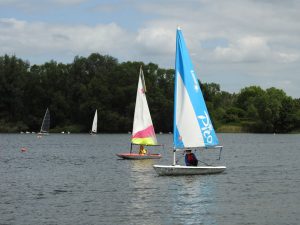 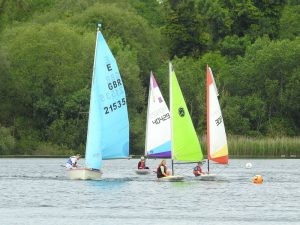 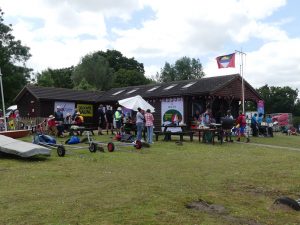 This year was better than ever with sunshine and perfect sailing conditions greeting the 50 competitors, ranging from seven to 70, racing in the 31 boat fleet.

With a westerly breeze, the race officer set a figure of eight course, making full use of the lake. This proved challenging for the racers and interesting for the spectators, as there were some long upwind legs with dramatic wind-shifts 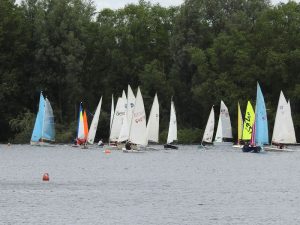 Two races were held before a barbecue lunch accompanied by calypso music from an authentic steel pan band provided by the Tourism Authority, which really added to the occasion. A punch, and a variety of Caribbean-inspired cakes, baked by members, also contributed to the festivities.

Suitably refreshed, competitors set out for a third and final race, with Reggae melodies drifting out across the water to help them on their way.

The final race proved to be far closer contested than the previous two, as some of the novice racers really started to master the nuances of getting around the course.

In the final standings, Viktor Snaidere came first in the Junior Topper fleet; Fynn Grenin was runner up in the junior fleet; Harry Winter was first Pico and first overall in the junior fleet; Pia and David Howe were first in the Wanderers; Jay Sharp was runner-up in the Laser fleet; Debs Steele was first lady helm, first Topper and third overall; Mike Steele was first Laser and second overall and Alan Jones, crewed by Diane Langeland, were first overall in a Hansa 303. Prizes were presented by Shakyrah Davis from the Antigua and Barbuda Tourism Authority.

Man given suspended jail sentence in connection with drug dealing