Detectives investigating a serious assault in Sudbury are now issuing CCTV images of a man they would like to trace in connection with the incident.

At 8.30am on Monday, May 2, a police officer was flagged down by a member of the public in East Street who was with a man they had found injured on the ground.

An ambulance arrived shortly afterwards having already been called by the member of the public and the man was taken to West Suffolk Hospital. He was later found to have suffered a broken ankle, a dislocated kneecap and a broken nose.

The victim had left Infinity nightclub at around 4am and was assaulted on East Street a short while after leaving.

Officers have conducted numerous enquiries since the incident occurred and have arrested three people on suspicion of assault causing grievous bodily harm, as follows:

They were taken to Bury St Edmunds Police Investigation Centre for questioning, with all of them released on conditional bail. 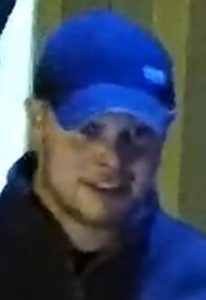 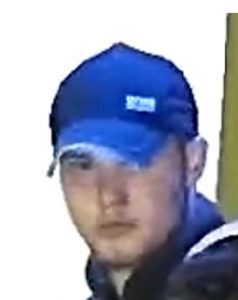 Police are now issuing CCTV images of a man they would like to speak to in connection with the incident (pictured above). He is described as white and wearing a blue top, blue jeans and a baseball cap.

Anyone who believes they know this man, or who has any information about this incident, is asked to contact West CID at Bury St Edmunds Police Station on 101, quoting reference: 26210/22.

Alternatively, contact the independent charity Crimestoppers 100% anonymously on 0800 555 111, or via their online form: www.crimestoppers-uk.org

Man given suspended jail sentence in connection with drug dealing