One of the busiest roads in Elmswell is set to be closed for up to six months for work to be carried out.

It’s not as yet known the precise closure dates of School Road but it’s set to provide villagers with a major problem negotiating access to their properties and traffic using the much-used route. 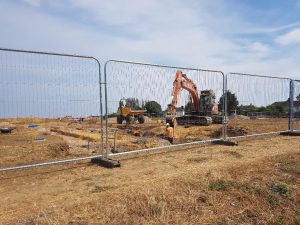 Details of the closure were discovered by residents using the one.network website which shows that the road is to be closed from the junctions with Church Road and New Road, with the prospect of traffic lights being set up either end to allow traffic to flow.

The measures are being linked to the 86-home development by Bloom Homes which was granted planning permission in January 2021.

The scheme covers an area of just over 14 acres and includes a mix of one, two, three and four-bed homes – including 30 properties earmarked for affordable housing. A new pre-school is also included in the development. 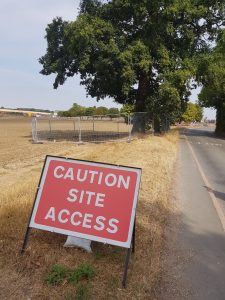 Infrastructure for the development is required which has probably led to the application to close the road.

At the outline stage of planning concerns were raised around a historic oak tree on the proposed site but the planning statement said it would be retained and the land for a cycleway will be widened to take the tree into account. It is currently enclosed by a set of metal barriers. 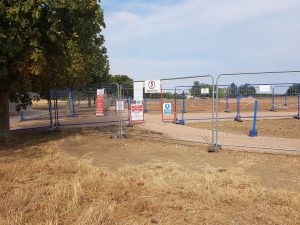 The parish council is aware of the closure and sources close to the council says it is going to cause “real problems” for villagers. There are also concerns that if the A14 is closed at any time it will add further to traffic concerns.

One resident said that the village is getting bigger and bigger and likened new developments like fitting a “quart into a pint pot”. But they said that the area is a popular place to live with more and more people wanting to set up home in Elmswell.