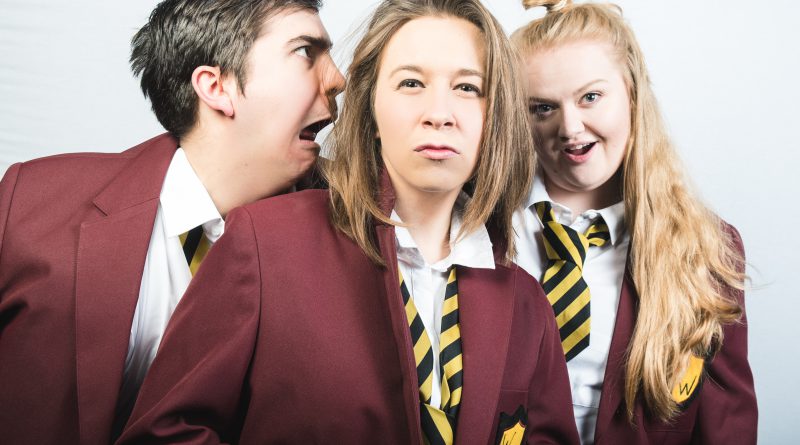 Following highly-acclaimed productions in 2013 and 2015, Blackeyed Theatre are hosting a revival of John Godber’s Teechers.

Featuring breathtaking ensemble performances and a bang-up-to-date soundtrack, Teechers brings to life an array of terrifying teachers and hopeless pupils through the eyes of Salty, Gail and Hobby; three Year 11 students about to leave school for good, and is being staged at the Theatre Royal, in Bury St Edmunds, from Monday to Wednesday, February 26 to 28.

Set in a struggling comprehensive school, the three students perform a play about their experiences at school since the arrival of a new drama teacher. Creating over 20 colourful characters between them, including disgruntled teachers, unruly students and obstructive caretakers, they paint a very funny – and at times touching – picture of school life and a damning insight into a two-tier education system. A fast-moving and hilarious classroom classic crammed full of unforgettable characters, political left-hooks and razor-sharp comedy. Teechers is more relevant today than ever, a modern classic with something vital to say about education for the ‘haves’ and ‘have nots’.

Tickets for Teechers are on sale at the Box Office, call 01284 769505, book online at www.theatreroyal.org or visit the theatre in person.