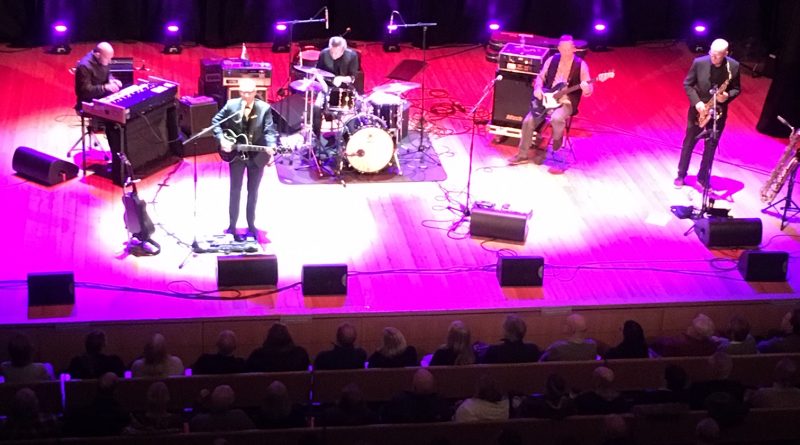 Welcome back to The Apex Andy Fairweather Low and the Low Riders.

The Welsh wizard’s unique rock ‘n roll and rhythm blues was a sheer delight last night (Thursday, December 12) as he thrilled a near sold out venue with his distinctive voice and dynamic guitar rifts.

He told his fans he has played the Royal Albert Hall 114 times but was delighted to be back at The Apex.

“This is luxury,” he said. “And it would be great if they could build one in Cardiff where I live.”

He appeared to change a range of guitars at every number in his near two-hour show which included some of his best known tunes including “Bend Me, Shape Me”, “High In The Sky”, “Wide Eyed And Legless” and “Bend Me, Shape Me”, his first chart hit with Amen Corner in 1969.

Along with his pulsating four-piece band the 71-year-old, whose voice is as strong as ever, rattled through two sets finishing on a high with “(If Paradise Is) Half As Nice.

There was a raft other great tunes including his renditions of The Rolling Stone’s “Route 66” and The Beatles’ “I’ll Get You”, the B-side of their 1963 single “She Loves You”.

He also included a wonderful version of “Dream A Little Dream Of Me”, a song written way back in 1931 and which has seen more than 60 other versions recorded with one of the highest chart ratings by the Mamas & the Papas in 1968 with Cass Elliot on lead vocals.

Since the early days, Andy has gone on to work with Eric Clapton, George Harrison, Bob Dylan, Jimi Hendrix, David Crosby and many more.

And he bought the house down with his rendition of “Gin House” and rocked the auditorium with his guitar playing during an instrumental session.