A man has been convicted of murder following the death of a woman in Newmarket.

Charles Jessop, (pictured above) aged 30, of Bakers Row, in Newmarket, was found guilty yesterday (Wednesday, June 9) by a jury following the trial which commenced on April 12 at Ipswich Crown Court relating to the death of Clare Nash, (pictured below) aged 33, from Newmarket. 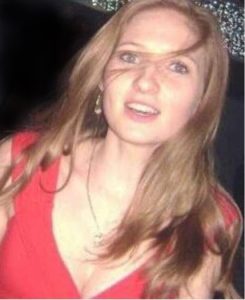 It follows an incident on Thursday, January 16, 2020, just after 9.30pm to a report that Clare had been stabbed in her house in Brickfields Avenue, Newmarket. Emergency services attended but sadly Clare died at the scene.

Jessop was arrested at Clare’s address and taken to Bury St Edmunds Police Investigation Centre for questioning where he was subsequently charged.

During the trial the court and jury heard how Jessop had bombarded Clare with unwanted telephone contact as their relationship ended, the prosecution asserted that he became suspicious and jealous regarding Clare new relationship. The court heard how Clare had died from multiple stab wounds and strangulation.

Midway through the trial, Jessop pleaded guilty to the lesser charge of manslaughter.

Sentencing of Jessop following the trial will take place on July 16 at Ipswich Crown Court.

Senior Investigating Officer DI Matthew Connick said: “This was a vicious, pre-meditated and unprovoked attack on Clare Nash by Charles Jessop so it is satisfying to see the jury found him guilty of this horrific act. While justice has been secured for Clare’s family the investigation team are acutely aware that this will not bring Clare back to them and the pain of her death still remains. Our thoughts are with the family at this time and I would like to thank them for their support during the investigation and trial”.

Brian Nash, Clare’s father added: “While nothing will return Clare to us, the emotional burden has been lessened knowing justice has been served. She was deeply, deeply loved and will be missed by her family and friends.

“We would be grateful if the media would now respect our privacy to continue grieving.”