Two individualistic singers and two different styles came together to provide an eclectic mix of music.

There was soulful styles and funky jazz and blues on stage all coming together with a wonderful set of musicians who took centre stage on many occasions with amazing solos.

The evening was split in two with American vocalist Farris first up followed by Harman who both gave thrilling foot tapping sets which was scattered with a sprinkling of mood music. 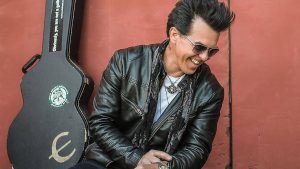 Farris (pictured) confessed to having respiratory problems and apologised to the audience if he was little under par and wasn’t able to give it his all.

But the man from Nashville, who must have had something special in his cup of on-stage tea, performed a fluent and terrific 45 minutes which included “Mercy Now”, a special tribute to his father.

He mixed a series of Stax soul, New Orleans gospel and shuffling Southern blues into a smouldering delivery which was reminiscent of Sam Cooke and Otis Redding. 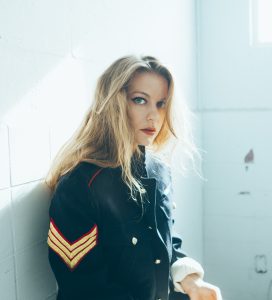 Then it was the turn of Harman (pictured) who came on stage dressed in what appeared to be dark blue boiler suit-styled outfit complete with a beany hat.

And she then went on to produce a powerhouse hour-long set which was full of her exciting blues, soul and roots numbers even managing to introduce her Devon village of Lustleigh into the lyrics of one of her numbers.

Harman exploited her vast vocal range from the highs to the lows that sent the goose bumps soaring for those attending.

Her emotive soul-fuelled numbers were full of heart-warming depth and delight which were evocative, spiritual and thoroughly entertaining.

And she ended the evening with a the iconic gospel-influenced Curtis Mayfield composition “People Get Ready”.