The Apex has all manner of music on offer in spring…

Familiar names include; The South – an impressive nine-piece band featuring former members of The Beautiful South; former Drifters singer Roy Hemmings with his Motown and Philadelphia show; one of the most popular bands of the British ska movement The Beat, whose hits include “Mirror in the Bathroom” and “Too Nice To Talk To”; 10cc’s co-founder Graham Gouldman and his Heart Full of Songs project; The Manfreds, still with original front man Paul Jones; and Roachford, singer of “Cuddly Toy” (a mainstay of radio airplay for over three decades) and member of Mike + the Mechanics (pictured below). 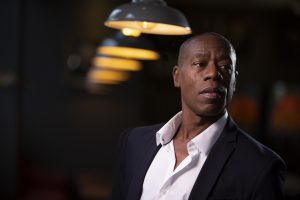 Blues and rock are taken care of by the Kris Barras Band (pictured below).

– Kris was voted one of the “Top Blues Guitarists in the World” by Music Radar, while the band scored “Best Album” in the European Blues Awards, and one of the UK’s hottest guitar players, Laurence Jones – three-times winner of the British Blues Award’s “Young Artist Of The Year”.Hayseed Dixie are the undisputed creators (and masters) of Rockgrass: hillbilly deliverances of rock classics such as “Ace Of Spades”, “Fat Bottomed Girls” and “Eye of The Tiger”. 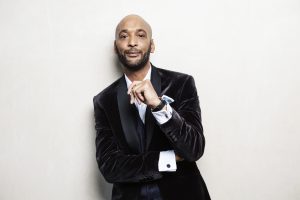 The band that launched British folk-rock, Fairport Convention make a welcome return to the venue, as do “Britain’sfiddling supergroup”, Feast of Fiddles.

The John Martyn Project features six musicians and vocalists, paying tribute to John Martyn – the virtuoso guitarist who emerged from the British folk scene in the late 1960s.

Both Sides Now is an homage to the songs of Joni Mitchell by Mim Grey, Jo Harman, Mike Mayfield and Redtenbacher’s Funkestra.