Sorren Price, 21, (pictured below, right) of Bill Rickaby Drive, was sentenced to five years and seven months at Ipswich Crown Court after he pleaded guilty to being concerned in the supply of heroin and crack cocaine between August 4, 2022, and November 8, 2022. 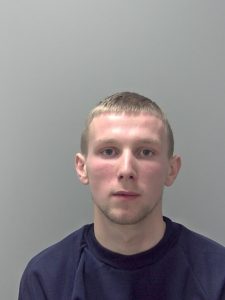 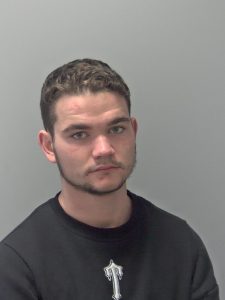 Their sentencing is the outcome of two warrants in the town conducted on properties by the Serious Crime Disruption Team, supported by officers from the Sentinel and Scorpion teams on Tuesday, November 8, last year.

One was conducted on Bill Rickaby Drive where mobile phones, a quantity of cash, paraphernalia associated with supply and a Samurai sword were recovered, while the second warrant was conducted at Willow Crescent, in Newmarket.

Police enquiries established  that a mobile phone seized was being used to send out bulk text messages advertising class A drugs available in the Newmarket area, with further investigations establishing that they were strongly suspected to be the controllers of this mobile number.

DI Greg Moore, of the Serious Crime Disruption Team, said: “It is very pleasing to see that two people who have been involved in bringing such misery to our streets will now be locked up for a considerable time. This was a joint operation involving the Serious Crime Disruption Team from the east and west, as well as the Scorpion team and the Sentinel team from the west. These individuals have caused much concern for some time with their callous exploitation of young people and this has made the Newmarket area a much safer place in terms of drug dealing.

“The action taken by us are a good example of how the force is ensuring the county remains a hostile environment for those involved in the supply of drugs. It will hopefully provide reassurance to Suffolk residents that we will continue to pursue, disrupt and arrest those people. We will continue to listen to concerns of residents and our commitment to tackle Class A drug dealing in the county remains strong.”

The SCDT core aim is to disrupt serious and organised gangs whose criminal activity focuses on issues such as drug supply and harmful personal acquisitive crime such as robbery/burglary. The team develop the relevant information and intelligence, conduct enforcement activity and then provide an officer who will build the case and see the investigation through to trial.

If you suspect drug dealing is taking place in your area or see anything suspicious or out of place, please tell police. You don’t have to be certain, just concerned. Call police on 101, or alternatively you can contact the independent charity Crimestoppers to report anonymously – either online at www.crimestoppers-uk.org or by calling 0800 555 111.