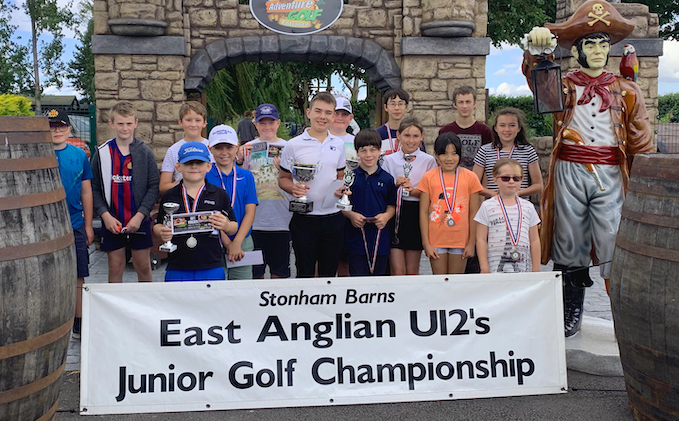 Twelve-year-old golfer Charlie Goodridge won the East Anglian Under 12 Junior Golf Championship for the third time in four years which was held at Stonham Barns.

The youngster, from Bury St Edmunds Golf Club, scored 66 which included a back nine of 31.

He has been regular supporter of the junior tournaments at Stonham Barns and it was fitting he won this event as it was the last time he was eligible to play.

This was the 19th playing of th event which was established in 2001 by Tony Dobson, the PGA Professional at Stonham Barns. The event, which was featured on a Channel 4 documentary in 2008, has produced some great champions and given many others the chance to enjoy playing some competitive golf at a young age.

For more information on other junior golf tournaments and junior coaching available at Stonham Barns Golf visit their website www.stonhambarnsgolf.co.uk