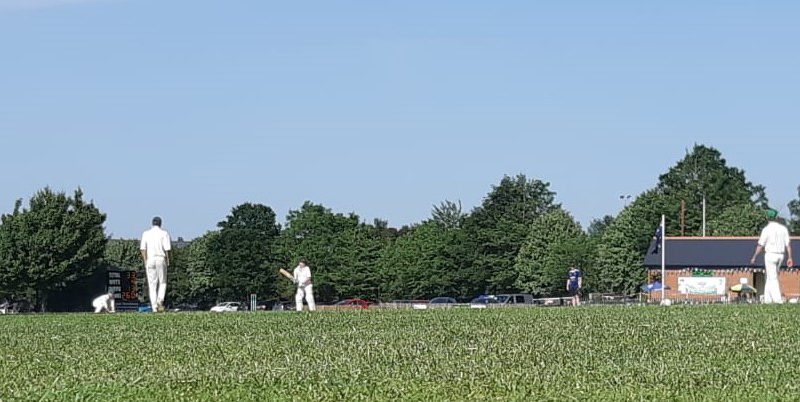 It was a mixed weekend of results for Woolpit Cricket Club with the 1st and 4th teams coming unstuck while the 2nd and 3rd sides fared better.

The 1st IX lost to Wivenhoe by 99 runs and the 4ths to Lakenheath by 144 runs while the 2nds beat Felixstowe and Corinthians in a close run encounter winning by 16 runs and the 3rds won by concession in their match against Halstead.

Wivenhoe made a solid start in their game against the Woolpit 1st team before Matt Durrell was caught by Harry Bureau off the bowling of Will Parker for 16.

Nicholls was the second wicket to fall, bowled by Andy Northcote with the score on 78, but it was clear that the home side were building a good platform.

Brewer and Tom Durrell then put on 93 for the third wicket before the latter was caught off the bowling of George Heldreich for 66.

Brewer maintained the scoring rate, but when he was out for 82, the run rate slowed slightly, and Wivenhoe didn’t reach the large target that at one stage looked on the cards.  However, their total of 234 for 8 was still going to be a challenge for the Woolpit batsmen. Pick of the Woolpit bowlers was Will Parker with 3 for 26.

The Woolpit reply couldn’t have begun any worse when Parker was out first ball. However, Tom Sidhu and Bureau repaired the damage somewhat, taking the score to 51 before Bureau was out lbw.

Sidhu himself was out for 43, but at the halfway point, with Northcote and James Deeley at the wicket, the chase was well poised at 102-3.

Unfortunately as good as it got for the visitors – Northcote was out lbw for 25, and despite an encouraging 33 from Deeley, the rest of the side fell away against the accurate spin of the Wivenhoe attack. The last seven wickets fell for just 33 runs as they were eventually dismissed for 134.  Pick of the Wivenhoe bowlers was Burnett with 4 for 39.

Woolpit 2nd XI batted first in their match with Felixstowe and Corinthians 1st XI and saw an outstanding performance from Ollie Whiteman who scored 112 off 138 balls before being caught by Hunter Elliston. The rest of the Woolpit line up didn’t really get going and Felixstowe’s bowler Kyle Jay took 4 for 58. The innings ended on 228 for 9.

Woolpit’s Danny Reynolds continued on his wicket taking spree, after taking seven last week, he dismissed four of Felixstowe’s top order batsmen for 43 runs. Felixstowe only managed to make 212 for 9 in their innings.

Lakenheath 2nd XI won the toss in their game against Woolpit 4thXI and elected to bat, against a young Woolpit team, on a very dry wicket.

Woolpit’s bowlers got off to a good start taking a couple of early wickets, but Lakenheath’s Tom Dupe dug in, scoring 58 before being caught by Ben Smart.

The wickets were spread out across the nine bowlers used, but Amber Bradnam was the one making a great impression on debut. She took two wickets for 26 off five overs and took a catch. Lakenheath posted a target of 225 for 9.

Lakenheath’s Richard Horrex (4 for 18) and Rory Palmer (3 for 24) done most of the damage to Woolpit’s batting line up. Max Brais top scored with 28 but wasn’t anywhere enough. Woolpit fell on 81 all out.

Thriplow batted first in their match against Woolpit Ladies 1st XI with Bella Routledge scoring 60 not out. They ended their innnings on 173 for 4.

In reply, Woolpit only managed 153 all out. Thriplows Maggie Lindsay taking 4 for 22 off seven overs.

Woolpit Sunday XI won the toss in their game against Mildenhall Sunday 1st XI and elected to bat. Max Brais scored 50 not out and Mark Estall scored 43 before being dismissed. Mildenhall’s Jordan Francis took 2 for 6 off two overs. Woolpit posted a scored of 208 for 7.

Mildenhall’s Ashley Clark scored 70 not out in the run chase, with some good support from the other Mildenhall batsmen, they chased the total down in 33 overs, ending on 212 for 5.