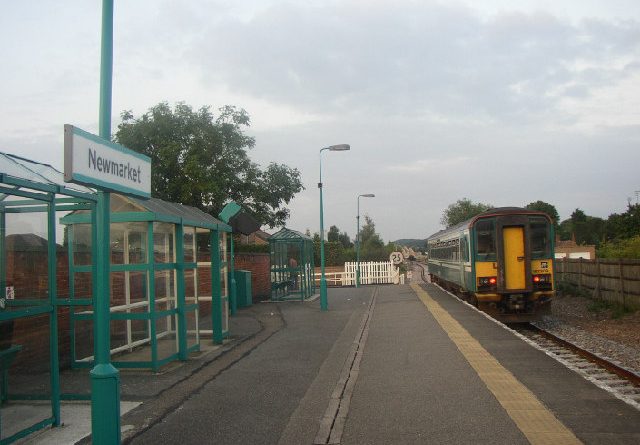 Calls for investment in rail infrastructure are being made by politicians and businesses in Newmarket.

Last Friday, September 6, representatives from Suffolk County Council, West Suffolk District Council and the Newmarket Jockey Club met with stakeholders from the horse racing industry and Members of Parliament to call for more investment in passenger rail services in Newmarket.

The delegation listened to a series of speeches on Newmarket’s rail priorities from The Jockey Club, Suffolk County Council, West Suffolk District Council, Railfuture, the Department for Transport and Network Rail. The priorities include demands for a half-hourly passenger rail service to Cambridge and direct rail connectivity with Oxford, London, the Midlands, the North of England and Scotland.

Information was also presented on the new East West Rail Link, a rail project that will connect Suffolk and Norfolk with Oxford via Cambridge.

Delegates learnt how local authorities across Suffolk are working together with key stakeholders in Norfolk and Cambridgeshire, and with the East West Rail Consortium, to improve rail connectivity in the East of England.

Investment is considered vital to achieving more frequent passenger rail services at Newmarket and provide wider rail connectivity to the rest of the UK.

Susan Glossop, West Suffolk Cabinet member for Growth, who attended the event  said: “As a member of the East West Rail Consortium, West Suffolk Council is actively working with Network Rail, Greater Anglia and the Department for Transport to see our rail ambition of half hourly Cambridge to Ipswich services realised. The East West Rail Eastern Section Prospectus developed by partners in Suffolk, Cambridge and Norfolk states our case and will be actively used to promote our ambitions.”

And Mary Evans, Suffolk County Council’s Deputy Leader and Cabinet Member responsible for Highways, Transport and Rural Affairs, added: “It is critical that we all work together to give the message that we are serious about seeing rail investment in Suffolk. We are delighted that Suffolk is getting brand new trains, which will do great things for the county, but we also need Government to invest in our railway infrastructure. Such investment will deliver more frequent services and make towns, such as Newmarket, more accessible to the rest of the UK. I am really pleased that working with the Jockey Club we have been able to bring together key stakeholder to push this rail agenda forward.”

Meanwhile, Alexander Nicoll, Deputy Cabinet Member for Transport at Suffolk County Council, said: “As Chair of the East West Rail Eastern Section Group, it is really significant that we have been able to meet with East Anglian Members of Parliament to discuss the county’s rail needs but also to demonstrate how they fit with our work on the delivery of the nationally important East West Rail Link. I look forward to working closely with the Newmarket Jockey Club, our East West Rail Consortium partners and with key stakeholders across Suffolk, Norfolk and Cambridgeshire to see our rail ambitions delivered.”

Matt Hancock, MP for West Suffolk, said: “The Newmarket Rail Meeting was extremely positive. We have a clear message that key organisations across Suffolk and Norfolk must continue to work together to make the case for improved rail connectivity in the East of England. I will continue to press the government and Network Rail to invest in more frequent passenger rail services at Newmarket and provide wider rail connectivity through East Anglia and the UK.”

Amy Starkey, Regional Director for The Jockey Club’s East Region, said: “Rail has played a crucial role in the history of horseracing in Newmarket and it is has a vital part to play in its future too. We have exciting ambitions for the town but in order to ensure that our growth is sustainable, we need a high quality and well-connected transport system to make our town more accessible to our community, visitors, racegoers, employees and investors. The horseracing and bloodstock industries are a significant contributor to the regional and national economies, generating £242 million in gross value added to the UK treasury in 2016 and jointly provide over 8,500 jobs to local people. Opening Newmarket to a wider audience cannot be achieved by relying on the roads alone. It is rail that has the potential to better connect our town across the county, the region and the country.”

A plan will now be developed to set out actions and timescales for delivering rail improvements, with further meetings scheduled to discuss progress.