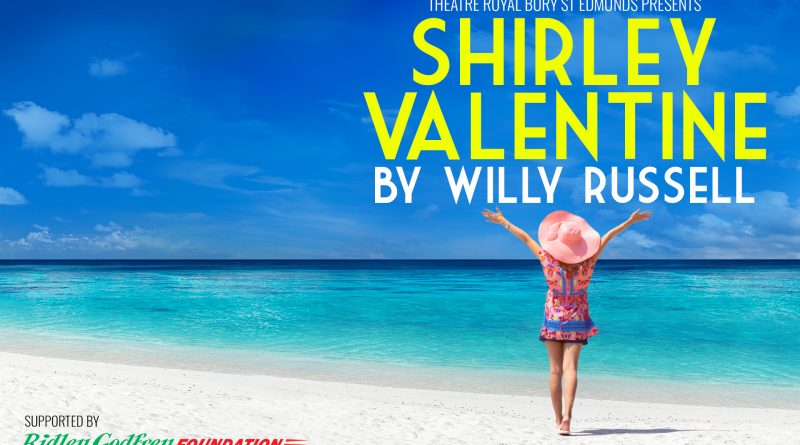 The smash hit comedy “Shirley Valentine” is to be the first production of 2020 by the Theatre Royal Bury St Edmunds.

Willy Russell’s heart-warming one-woman play explores the hilarious musings of the lovable Shirley, brought to life by Keddy Sutton and is being staged from Friday, January 31 to Saturday, February 15.

Shirley Valentine’s life and marriage is as exciting as the chips and egg she cooks for her ungrateful husband. She wonders what happened to the young Shirley who wanted to travel the world but married a man who gets jet lag going to the Isle of Man – on a ferry. A free holiday to Greece with her best friend Jane re-awakens the lost desires of her youth and she starts to see the world very differently.

Commissioned by the Everyman Theatre in Liverpool the play premiered in 1986 with Noreen Kershaw in the title role; other productions have starred Pauline Collins, Meera Syal and Jodie Prenger.

In this new Theatre Royal production, Keddy Sutton stars as Shirley. Keddy is an actress, comedienne, singer and voice-over artist. She has appeared on TV in “Good Cop” for BBC, and has starred in many major theatre productions including “The Scouse Cinderella”, “A Clockwork Orange”, “Romeo and Juliet”, “Fiddler on the Roof” and Willy Russell’s “Stags ‘n Hens”. She also appears regularly on the comedy circuit as part of comedy duo Caz and Britney.

Shirley Valentine will be directed by Marcus Romer, with set design by Alana Ashley, lighting design by Arnim Friess and costumes by Heidi McEvoy-Swift. The production is supported by Ridley Godfrey Foundation.

Shirley Valentine has 17 performances including an audio described and captioned performance on Saturday,  February 15, at 3pm, with a Touch Tour starting at 2pm. Tickets are on sale via the Box Office, call 01284 769505, book online at www.theatreroyal.org/shows/shirley-valentine/ or visit the theatre in person. 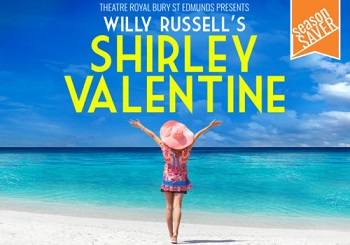