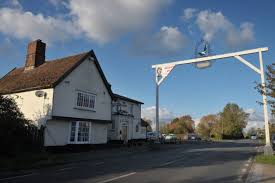 The death of a 45-year-old woman who was found deceased following a party in Little Stonham last year, is no longer being treated as suspicious.

Officers were called to the Magpie Inn, on Norwich Road, by the ambulance service just before 3.30am on Sunday, November 10.

A woman was reported to be unresponsive and was receiving treatment from paramedics, but sadly died at the scene at short time later.

Pending formal coroner’s inquest proceedings, the deceased was identified as Irina Kuzmina, from Purfleet, in Essex.

Following a comprehensive police investigation and with the completion of the pathology report, it has been determined that there was no third-party involvement in Irina’s death. A file will now be now be prepared for the coroner ahead of the inquest proceedings.

As a consequence, a 52-year-old woman, from Dagenham, who was arrested on suspicion of murder at the Magpie Inn on 1November 10, will now face no further police action in respect of that accusation.

However, the woman has been summonsed to appear at Ipswich Magistrates’ Court on Friday, July 17, when she will be formally charged with two counts of common assault. This is in respect of allegations that both the deceased and her partner were assaulted during the night of the party.