After missing the whole of last year and making a late start this year the Golf Captains association is up and running again. Last week an AGM via zoom saw Gary Slaymaker (Halesworth Golf Club) installed as the new President replacing the exhausted Keith Cresswell (Stowmarket Golf Club). The picture below shows Gary sporting the chain of office. 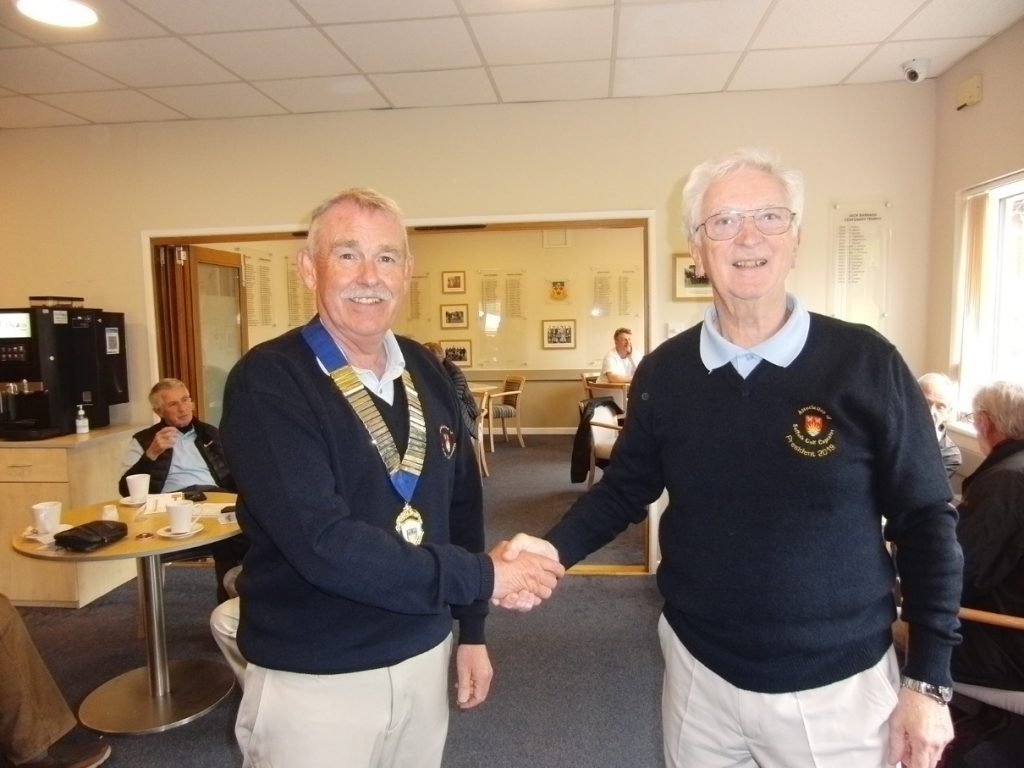 After meeting, elbow bumping and moaning about the weather it was time for the golf. To be fair we have know wetter days but the wind blew and blew.

All the entrants made it round with varying degrees of success and varying scores. In the end there can only be one winner. Congratulations to Les Turner (Haverhill Golf Club) who won both the Nigel Parker Salver and the Past Presidents trophy with a magnificent 35pts. 4 players tied on 33 pts. Paddy Lockwood was second with 20 on the back nine, Paul Boon was a good third with 18 points on the back nine. Out of the prizes but worthy of mention was the incoming President Gary who had 10 on the back six and Alan Middle who had 9.

The Association is always on the lookout for new members. Membership brings together both past and current Captains from most of the Suffolk Clubs There are also nine associate members who are past Captains from clubs in other counties who now reside in Suffolk.

Councils set out parking strategy for the next 20 years

Man arrested in Beck Row in connection with cannabis factory